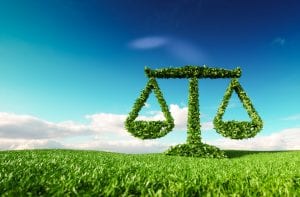 This first negotiating session was mandated by the UN General Assembly to review “gaps” and “fragmentation” of international environmental law, and consider the substance and form of a Global Pact.

This first negotiating session was mandated by the UN General Assembly to review “gaps” and “fragmentation” of international environmental law, and consider the substance and form of a Global Pact. Some countries recommended the Pact should be a legally binding treaty that codifies “soft law” principles, such as the Precautionary and Polluter Pays principles. Other countries also suggested including rights-based approaches to a “clean and healthy environment.”

The Nairobi meeting, chaired by Ambassadors of Lebanon and Portugal, was open to observers from non-governmental and business organizations.  The session reviewed a report from the UN Secretary General on Gaps in International Environmental Law and Environment Related Instruments.

Most other countries expressed more nuanced views along with questions about practicality, efficacy, political viability and other areas.

“The proposed Pact opens a complex set of legal and regulatory issues, yet has not defined any actual environmental challenges that it would address,” stated Kennedy. “Until that is clear, USCIB will continue to raise questions about whether such a Pact would actually improve implementation of international environmental rules.”

The session closed with no consensus on the substance or form of a proposed Pact. Two further sessions in Nairobi are to deliver a recommendation to the UN General Assembly this September for next steps to develop a GPE. The next UN negotiating session from March 18-20 will seek to reach a common understanding on what constitutes a “gap” in international environmental law, as a precursor to seeking to agree specific “gaps” and remedies that might be set out in a UN Global Pact.