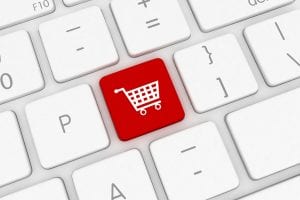 In an effort to support e-commerce negotiations at the World Trade Organization (WTO), USCIB has been contributing to the Digital Trade Network, led by Nick Ashton-Hart.

Ashton-Hart participated in the Joint Statement Initiative on E-commerce’s (JSI) first substantive negotiating round in Geneva May 13-15, which was based upon a subset of the subjects in the 14 contributions of WTO Members. Topics covered included online consumer protection, electronic authentication and electronic signatures, Electronic transactions framework, domestic regulation, transparency, non-discriminatory treatment of digital products, and many others.

According to Ashton-Hart, the level of engagement was quite high, the tone very constructive and collaborative, and quite a few countries that have not yet tabled proposals said they expect to do so. There was a general view that the services-related elements of the outcome agreement are intended to build upon GATS though it remains an open question what form the agreement will take – not surprising or seen as controversial at the present.

The next session will take place June 18-20, in Geneva, with proposals to be considered due June 6. The session will cover, among other subjects, privacy and data protection, cybersecurity and telecommunications. There will be at least two seminars from industry groups on logistics and the flow of data respectively.

Earlier this year, Ashton-Hart contributed a column in USCIB’s quarterly magazine, International Business, regarding the importance and impact of these global talks on online trade. Click here to view.