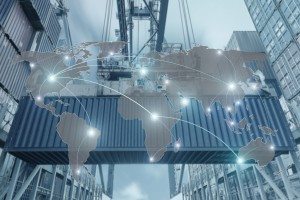 The sixth negotiating round of the Joint Statement Initiative (JSI) on E-Commerce is taking place at the WTO in Geneva this week. The JSI is negotiating a plurilateral agreement on digital trade, also referred to as the WTO E-Commerce Agreement. USCIB Senior Director, Investment Trade and Financial Services Eva Hampl is on the ground in Geneva this week on behalf of USCIB and members in support of this important initiative at the WTO, which attempts to write global rules on digital trade.

The JSI started out with seventy-six WTO members and as of this week that number has risen to 81, with Indonesia being the latest to join the plurilateral effort. Issues discussed this week include customs duties, access to internet and data, business trust, capacity building, legal issues, and market access.

“This will be the final round before the WTO General Council meeting taking place December 9-11 in Geneva. Negotiations are expected to resume in the new year at a similar pace, with an eye toward an outcome by MC12 in June 2020,” stated Hampl.

Earlier this year, USCIB issued recommendations on the E-Commerce negotiations, reflecting member priorities, including issues like data flows and localization. USCIB is actively engaging with governments involved in the negotiations in Geneva through various efforts, including the Digital Trade Network and the International Chamber of Commerce.

On Thursday, November 21, USCIB is supporting a side event by the ICC on the Moratorium on Customs Duties on Electronic Transmission (E-Commerce Moratorium), which is currently expiring at the end of the year. The panel will discuss the implications of not extending the moratorium, including in the context of the recent OECD Report. At this time, fifteen WTO members have proposed to extend the Moratorium until MC12 in June 2020. In order for an extension to be possible, unanimous support is required.