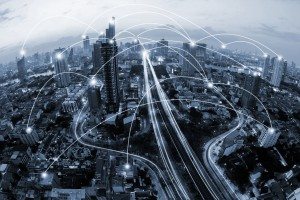 ICANN 63’s Annual General Meeting (AGM) wrapped up on October 25 in Barcelona, Spain, marking the 20th anniversary of ICANN. The AGM brought together roughly 3,000 participants from business, government, civil society, and the technical community from across the world to focus on policy priorities for the domain name system (DNS).

The meeting was dominated by ICANN stakeholder efforts to develop a formal policy to replace the Temporary Specification for gTLD Registration Data (Temp Spec).

“The Temp Spec was designed to ensure that ICANN and the industry of more than 1,000 generic top-level domain (gTLD) registries and registrars meet existing ICANN contractual requirements concerning the collection of registration data, as well as comply with the EU General Data Protection Regulation (GDPR),” reflected USCIB Vice President for ICT Policy Barbara Wanner. “A special group of ICANN’s policy-making body spent most of the meeting focused on moving forward the ‘expedited policy development process’ (EPDP) that must replace the Temp Spec by May 25, 2019.”

ICANN’s proposed Draft Framework for a Possible Unified Access Model for Continued Access to Full WHOIS Data (UAM) was also in the spotlight. At ICANN 63, the Business Constituency (BC), of which USCIB is a member, continued to press ICANN to undertake work to implement the UAM concurrent with the EPDP. In addition, the BC urged emergency interim measures to enable third-party access to WHOIS data, citing already extraordinary economic and security costs stemming from spikes in cybersecurity attacks, cybercrime, and brand and IP infringement.

Wanner participated in the October 20-25 meetings in her capacity as the BC’s representative to the Commercial Stakeholder Group (CSG), a position that has enabled greater input to policy discussions at the CSG executive committee-level on behalf of USCIB members and facilitated important meetings with senior ICANN officials and other key constituencies. At ICANN 63, in particular, this entailed coordinating with CSG partners to support the election of USCIB member Keith Drazek (VeriSign) to GNSO Council Chair, a position that will be key to shepherding work on the EPDP and third-party data access.