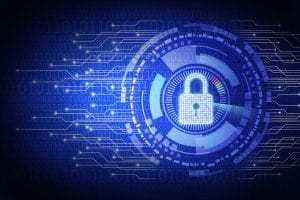 ICANN 65 wrapped up on June 27 in Marrakesh, Morocco, advancing discussions about the design of a model that would enable access to nonpublic domain name system registration data for legitimate purposes that would comply with EU General Data Protection Regulation (GDPR) and other privacy regimes.

“The ICANN community though acknowledged that it still lacks critical information and advice from the EU Data Protection Authorities (DPAs) to properly inform the development of a GDPR-compliant uniform access model (UAM),” said Barbara Wanner, USCIB’s lead for ICT policy who attended the meetings in Morocco in her capacity as the Business Constituency’s (BC) representative to the Commercial Stakeholder Group (CSG). “This ‘chicken-or-egg’ causality dilemma dominated both formal and hallway discussions,” added Wanner.

Business users of the domain names system, which include many USCIB members, need access to DNS registration data (commonly known as WHOIS) for purposes of brand and trademark protection, to implement consumer protections, and to undertake cybersecurity mitigation. Law enforcement officials around the world also need WHOIS access to combat cyber-crime.

The four-day Policy Forum also featured discussions about how to evolve ICANN’s multistakeholder model to improve its effectiveness as part of the FY 2021-2025 Strategic Plan and technologies for making domain name system transactions confidential. Amazon Corporation’s seven-year effort to secure delegation of .amazon was in the spotlight again as were issues with two bylaws-mandated reviews.

Wanner’s position as a BC on the CSG has enabled greater input to policy discussions at the CSG executive committee-level on behalf of USCIB members and facilitated important meetings with senior ICANN officials and other key constituencies. USCIB member representatives from Amazon, AT&T, BT Americas, Facebook, Google, Microsoft, and The Walt Disney Company were present in Marrakesh and actively contributed to all policy discussions.