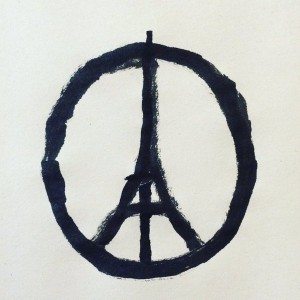 USCIB is relieved to report that all Paris-based staff and their families at the International Chamber of Commerce and at the Business and Industry Advisory Committee to the OECD are safe and no USCIB staff were in the city at the time of the attacks.

Our thoughts and prayers are with the victims and families affected by the horrific series of attacks that took place in Paris last Friday and we echo what John Danilovich, ICC’s secretary general wrote on Friday, “We are united in our profound sadness and grief following the attacks.”

On Monday at the OECD and BIAC, staff observed a minute of silence for the victims and their families and friends. “It is important for us to know that we all stand together in these difficult times,” said Bernard Welschke, BIAC secretary general, in a note to members on Monday.

Francois Georges, secretary general of ICC France responded to USCIB President Peter Robinson’s note of concern with “Such a dramatic tragedy and event gives a lot of sense to ICC Founders’ message when they called themselves ‘Merchants of Peace’. It is more than ever relevant.”

ICC’s Banking Commission meetings that were originally scheduled for this week have been cancelled. At the time we posted this story, all the United Nations COP21 meetings are still scheduled to take place in Paris from November 30 to December 11.

Our hearts are with Paris in these difficult times.

This entry was posted in BIAC, ICC, News Stories. Bookmark the permalink.
Posted on November 16, 2015