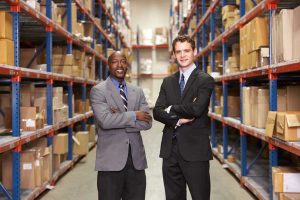 A joint effort to facilitate participation by smaller companies in international trade has been launched by Roberto Azevedo, the director general of the World Trade Organization (WTO), and John Danilovich, secretary general of the International Chamber of Commerce.

Despite their economic importance in developed, developing and least-developed countries, the share of trade accounted for by micro, small and medium-sized enterprises (MSMEs) is disproportionately small, often because they are unaware of the potentially wider market and because they traditionally have not had the resources to navigate sometimes complex trading procedures. But new technologies are helping to pare back these obstacles and create a more level playing field for smaller companies in international trade. Helping more MSMEs to trade internationally is an important step in building a more inclusive trading system that benefits a wider array of citizens.

Secretary General Danilovich and Director General Azevedo are therefore calling for businesses and private sector organisations to step forward with proposals which can help MSMEs to participate in international trade. The aim is to raise awareness of the barriers that MSMEs face in doing business across borders, highlight the experiences and success stories of those MSMEs that are already trading, facilitate access to critical information, and raise skills among MSMEs to enable them to diversify export markets.

“I have heard many great ideas from the private sector over recent months about how we might be able to help MSMEs to trade,” said Azevedo. “This initiative is our response – it is about capturing some of those ideas and using the shared platform of the WTO and ICC to help make them a reality. I look forward to seeing innovative proposals aimed at raising awareness among MSMEs of the opportunities that trade can provide, and how they can seize those opportunities.

“The trading system is there for everyone, but MSMEs can often find it harder to reach overseas markets. The smaller the business, the bigger the barriers can seem. Spreading the benefits of trade further and wider means helping these companies to take part, particularly as MSMEs are such important job creators.”

Danilovich added: “Trading internationally can provide a huge boost to MSME growth. We know that small businesses which export tend to grow more quickly, pay better salaries and create more jobs. But MSMEs still face significant barriers when it comes to accessing global markets. Small business owners often tell us that they lack the time and in-house expertise to deal with trade roadblocks – while many others aren’t aware of the potential opportunities that international trade can bring for their companies.

“Policy reforms have an important role to play in driving MSME exports. But we also think its time to take a different approach to these problems by leveraging the power of the private sector. This new initiative will seek to harness the knowledge, creativity and networks of the global business community to inspire and support MSME growth. We call on businesses and private sector organisations across the world to play their part as small business champions.”

What kind of proposals are ICC and WTO looking for under this initiative?

What is the process for submitting proposals – and how will they be selected?