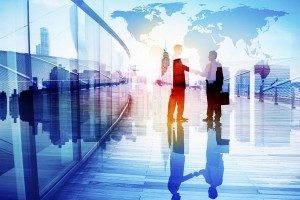 The International Chamber of Commerce (ICC) has announced the election of a new secretary general and new first vice chair at its March 12 meeting of the ICC World Council in Tokyo. CEO of the leading Australian law firm Corrs Chambers Westgarth John W.H. Denton has been elected as the next secretary general of ICC.

Denton is a legal expert and adviser on global policy, international trade and investment and infrastructure. Denton, who was unanimously elected, will succeed outgoing ICC Secretary General John Danilovich. Denton previously served on ICC’s Executive Board and, in 2016, became the first Australian to hold the position of first vice chair of the Paris-based organization.

Commenting on his election, Denton added, “I’m deeply honored to have been elected as secretary general of the International Chamber of Commerce. At a time when the dual threat of populism and protectionism still loom large, it’s more vital than ever for business to have a seat at the table in global policy-making. ICC has a unique role to play in ensuring the views and experience of the global private sector are taken into account in key global forums, from the United Nations to the G20. I look forward to working with ICC’s global network in over 100 countries to do just that.”

CEO of Unilever Paul Polman has also been unanimously elected as ICC’s new first vice-chair. Polman will succeed current ICC Chairman Sunil Bharti Mittal on July 1, 2018, who in turn will take the position of honorary chair. Polman is a globally recognized business leader and a pioneer in the field of corporate sustainability having served as a member of the UN Secretary General’s High-Level Panel responsible for formulating the Sustainable Development Goal (SDGs), launched in 2015, and was subsequently appointed as a UN SDG Advocate responsible for promoting the “Global Goals.”

Commenting on these appointments, USCIB President and CEO Peter Robinson said, “USCIB has appreciated the opportunity to work with John Danilovich and Sunil Mittal in recent years and thank them for their service to ICC. We now very much look forward to working closely with John Denton and his team. And of course we welcome the addition of renowned business statesman Paul Polman to ICC’s chairmanship, which will surely elevate the world business organization’s stature on sustainable development and many other topics.”