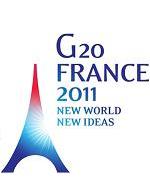 The International Chamber of Commerce (ICC), along with its partners including MEDEF (French business confederation) and the World Economic Forum (WEF), yesterday concluded an intensive two days of meetings in Cannes, France, for the G20 Business Summit (B20).

B20 CEOs, including the 20 members of ICC’s G20 Advisory Group, presented policy recommendations to G20 heads of state participating in the business summit. The policy recommendations were the product of a collaboration between the B20 working groups and those of WEF and ICC. The priorities shared with G20 leaders covered subjects including: trade and investment, financial regulation, commodities and raw materials, food security and global economic policy imperatives.

USCIB Chairman Harold McGraw III, CEO of The McGraw-Hill Companies and also vice chairman of ICC, took part in the G20 Business Summit. The B20 Summit proceedings began with a briefing for participating CEOs hosted by French President Nicolas Sarkozy at the Elysee Palace in Paris, and then continued with a series of roundtable meetings between the business and government leaders gathered in Cannes.

“Business leaders have come together to share policy priorities and to emphasize that G20 deliberations must be aligned with core business goals of open trade and investment, economic growth and job creation,” said ICC Chairman Gerard Worms. “We are responsible for ensuring that the voice of world business is heard.”

This entry was posted in ICC, News Stories and tagged Trade and Investment.
Posted on November 4, 2011