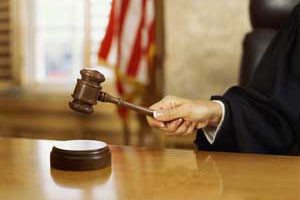 The International Chamber of Commerce (ICC) International Court of Arbitration® announced two major decisions aimed at enhancing the efficiency and transparency of ICC arbitration proceedings. Both decisions were unanimously adopted and announced at the Bureau of the Court at its session on December 17, 2015.

Promoting transparency for users and other stakeholders

As of January 1, 2016, the Court will publish online the names of the arbitrators sitting on ICC cases, their nationality, and whether their appointment was made by the Court or by the parties, as well as which arbitrator is the tribunal chairperson.

Parties will, by mutual agreement, have the option of opting out of this limited disclosure. They may also request the Court to publish additional information about a particular case.

In a further groundbreaking move, the Court stated that ICC arbitral tribunals are expected to submit draft awards within three months of the last substantive hearing concerning matters to be decided in an award or, if later, the filing of the last written submissions. This timeframe will be set at two months for cases heard by sole arbitrators. If a draft award is submitted beyond that timeframe, the Court may lower the arbitrators’ fees by up to 20 percent.

In deciding on such reductions, the Court will take into account any delays incurred in the submission of one or more partial awards. As a further measure to encourage efficiency, the new policy provides the Court with the possibility to increase the arbitrators’ fees above the amount that it would otherwise have considered fixing in cases where a tribunal has conducted the arbitration expeditiously.

“Users are concerned by the time and costs of international arbitrations, and rightly so,” said Alexis Mourre, president of the ICC Court. “The expeditious resolution of disputes is one of our top priorities.”

Mourre continued: “By releasing this new note, we send a clear signal to tribunals that unjustified delays will not be tolerated, and we provide transparency on the consequences that the Court will draw from such situations.”

This entry was posted in Arbitration, ICC, News Stories. Bookmark the permalink.
Modified on November 13, 2017
Posted on January 5, 2016