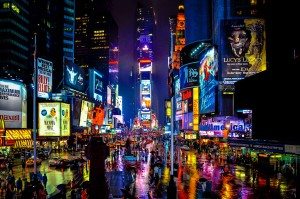 On December 5 in New York, USCIB helped host a semi-annual meeting of the International Chamber of Commerce (ICC) Commission on Marketing and Advertising. It was, in the words of one member, among the most productive the commission has held in recent memory, with approval of several key statements on global marketing practices and regulatory challenges.

For eight decades, ICC has played a critical role in developing cross-border standards for marketing and advertising. The Consolidated ICC Code of Advertising and Marketing Communication Practice is the gold standard for self-regulation of the industry. Since its introduction in 1937, it has served as the foundation and cornerstone for the codes of most self-regulatory systems around the world.

The ICC commission is chaired by Brent Sanders (Microsoft), who also chairs USCIB’s Marketing and Advertising Committee. We will circulate reports on individual initiatives in the days and weeks to come, but here is an overview of the meeting’s major outcomes, as reported by USCIB Vice President Jonathan Huneke: