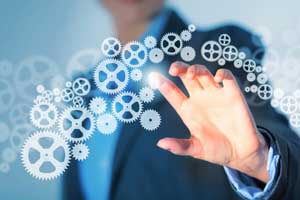 The International Chamber of Commerce (ICC) has issued a new paper for the next round international climate negotiations, to be held in Warsaw from November 11 to 22. The statement, “A business perspective on climate change negotiations: Competitiveness – Opportunity – Partnership,” reflects ICC’s long experience in the UN Framework Convention on Climate Change (UNFCCC), and its coordinating role for businesses of all sectors and nationalities that are engaging in the climate debate.

ICC emphasizes that the new international agreement must work in synergy with established trade and investment rules. The document outlines business priorities for a balanced and globally effective post-2020 climate agreement:

According to Norine Kennedy, USCIB’s vice president for energy, environment and strategic international engagement, in Warsaw USCIB will be working with ICC, as well as the Major Economies Business Forum (BizMEF), to make the case for meaningful and substantive business engagement in the framing of the new agreement, which is expected to be completed in 2015 in Paris.

Separately, BizMEF, which encompasses business groups from the largest economies, has issued a number of new papers for Warsaw, which address a range of issues including climate investment and finance, and new options for mitigating global warming.

According to Kennedy, the UN deliberations will take place in the context of recent findings of the Intergovernmental Panel on Climate Change (IPCC) indicating stronger certainty about human impacts on the planet’s climate.

“As rapidly developing countries such as China, India and Brazil produce increasing greenhouse gas emissions, the challenge ahead is to involve all countries in commitments under an internationally binding agreement that mobilizes national resources and private sector investment and innovation,” she said.

As part of its outreach for Warsaw, ICC is also showcasing 22 private-sector initiatives for climate solutions. Click here to read more on ICC’s website.

This entry was posted in Business In Society, Policy Areas, Sustainable Development and tagged Environment.
Posted on October 30, 2013