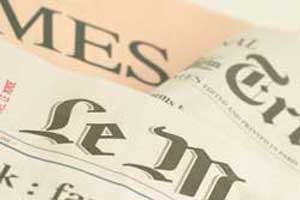 International Chamber of Commerce (ICC) Secretary General John Danilovich urged policymakers to revitalize cross-border trade in a letter to the editor of the Financial Times on March 9.

The letter is available on the Financial Times’s website, and has been reproduced below:

Sir, Your editorial on the regulation of cross-border services (“New global trade under old national rules”, March 7) rightly highlights the imperative for trade policymaking to keep pace with changing patterns of global commerce. But the growing importance of data, services and investment does not obviate the need for policymakers to take urgent action to revitalize cross-border merchandise trade.

The tendency to explain sluggish trade growth by reference to structural shifts in the global economy obscures some of the key factors underlying the recent fall in global merchandise trade — and, in doing so, underplays the potential for simple policy levers to be deployed to boost global growth. Three areas, in particular, warrant further attention.

First, urgent action is needed to address the growing shortage of bank finance to support trade. According to the Asian Development Bank, there is currently a $1.4tn financing gap for trade globally — with small businesses often facing severe difficulties accessing the credit they need to trade internationally. Second, it is time for the international community to get serious when it comes to tackling protectionism. Recent research shows that the sectors in which world trade has fallen the most are those which have been hit hardest by trade barriers over the past two years. This is a worrying trend and one which should be a first-order priority for the G20 in the year ahead.

Finally, governments should ratify and implement the World Trade Organisation’s landmark Trade Facilitation Agreement without delay. This deal — forged in 2013 but ratified by only 70 governments to date — would have a transformational effect on the ability of small business to access global markets by reducing unnecessary red tape at borders. Official estimates suggest that the deal could add more than $1tn to global trade flows, creating 20m jobs in the process. A push to realise the real-world benefits of this agreement would bring a somewhat more optimistic outlook for the future of trade-led growth and development.

This entry was posted in ICC, Media Coverage, Op-Eds and Speeches. Bookmark the permalink.
Posted on March 10, 2016