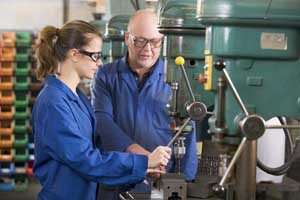 The International Organization of Employers participated in the International Labor Organization Symposium on Trade and Employment on September 2, which explored the impact of international trade on employment in developing countries. The session on trade and workers’ skills was particularly useful in supporting the Employer position that global supply chains produce better employment outcomes and contribute to gender equality.

This entry was posted in Business In Society, IOE, News Stories and tagged Corporate Responsibility and Labor Affairs.
Posted on September 17, 2015