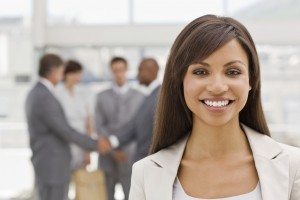 Women’s economic opportunities have greatly improved in the United States over past decades; however, numerous challenges remain to further reduce gender inequalities. Continued progress will require reforms such as paid parental leave, flexible working arrangements, changes in job structure and remuneration, and increased access to quality pre-school and childcare.

Ronnie Goldberg, USCIB’s senior counsel, attended an event hosted by the OECD Washington Center titled “Improving Opportunities for Women in the United States.” The event highlighted the main findings of the OECD Economic Survey of the United States on improving opportunities for women, as well as provided a platform for high-level policymakers, researchers and business leaders to share what is being done by governments and the private sector to address gender inequalities in the workplace.

Goldberg spoke at a panel on “Championing better policies for women in the workplace,” in which she talked about what companies are doing to stop the “leaking pipeline” phenomenon in which women drop out at every successive management level, leading to severe under-representation of women in corporate leadership roles.

Read the OECD Economic Survey of the United States

This entry was posted in Business In Society, News Stories and tagged Corporate Responsibility and Labor Affairs.
Posted on June 20, 2016