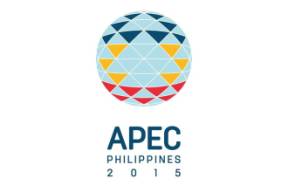 The Asia-Pacific Economic Cooperation (APEC) forum is the most influential high-level dialogue in the region. APEC convenes heads of state, business leaders and economic experts from 21 Pacific-Rim economies to share their views on how to promote free trade, innovation, growth and integration in the region.

The Philippines is the 2015 host economy, and it has organized APEC’s three Senior Officials’ Meetings and the APEC CEO Summit around the theme of “Building Inclusive Economies, Building a Better World.”

USCIB will be representing American business interests at the APEC meetings throughout the year. With our global network that includes the International Chamber of Commerce (ICC), the International Organization of Employers (IOE), and our membership in the U.S.-APEC Business Coalition, USCIB is uniquely positioned to give its members access to the policy dialogues taking place in one of the most dynamic regions of the world.

USCIB issued its “2015 APEC Priority Issues and Recommendations” in November outlining our longstanding and overarching objectives of promoting open markets, competitiveness and innovation, sustainable development and corporate responsibility. Covering a wide range of issues from chemical regulations to trade facilitation to women in the economy, USCIB will work to advance our APEC priorities throughout the Philippines host year.

USCIB members will travel to Clark to attend the APEC Chemical Dialogue (CD), a forum for regulatory officials and industry representatives seeking to advance regulatory dialogue on the chemicals trade and achieve environmental protection while minimizing costs to business. Helen Medina, USCIB’s senior director for product policy and innovation, was scheduled to attend the summit but was unable to due to inclement weather in New York. She will attend the CD during SOM3, and will continue to review APEC’s ongoing efforts to promote regulatory cooperation in the APEC economies.

SOM2 and Meeting of the Ministers Responsible for Trade – Boracay, Philippines

USCIB is advancing work on global value chains within the Asia-Pacific, working with Ed Brzytwa, director for APEC affairs at the office of the United States Trade Representative, in supporting the U.S. government’s efforts to address barriers to trade and investment.

USCIB is also coordinating with ICC to issue a statement on localization barriers to trade urging APEC economies to adopt alternative policies that will enhance their competitiveness and attract foreign direct investment.

Kristin Isabelli, USCIB’s director of customs and trade facilitation, will attend a the meeting of the APEC Sub-Committee on Customs Procedures to share the private sector’s vision on the benefits of implementing guidelines that would streamline cross-border trade among APEC economies. Isabelli is also the private sector chair of the APEC Virtual Customs Business Working Group.

This is the fifth year that USCIB President and CEO Peter Robinson will attend the APEC CEO Summit. USCIB will join business representatives from around the world to participate in bilateral meetings with senior officials from APEC economies to relay USCIB’s top priorities and coordinate across industries, sectors and borders.

This entry was posted in Competitiveness and Innovation, Growth, Jobs and Open Markets, News Stories and tagged APEC.
Modified on February 22, 2017
Posted on January 26, 2015