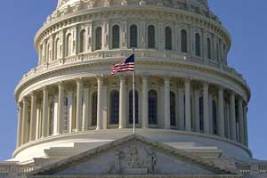 The United States Council for International Business (USCIB) and several other industry associations sent a joint letter today to leaders of key committees in the House and Senate, noting their “deep concern” over the state of the “much-needed” bill.

The organizations said they are concerned that differences over a provision on enforcement of anti-dumping and countervailing duties could impede progress on the broader bill. They called on Congress to deal with this issue separately, or reach a compromise that would allow the Customs bill to move forward this year.

“We would hate to see any disagreement over trade remedies detract from the common ground struck in the other 98 percent of the bill,” said Nasim Deylami, USCIB’s manager of customs and trade facilitation. “We are hopeful that the parties will reach a compromise in the interest of achieving a Customs re-authorization bill this year. Another option would be to remove the trade remedy provisions from the legislation and address them separately, allowing the remainder of the bill with bipartisan support to move forward as quickly as possible.”

Earlier this month USCIB endorsed legislation in the House and Senate that would raise the minimum value (the “de minimis” value) at which customs duties are imposed on imported goods, calling the move a boon to companies both large and small. The house drafts of the Customs reauthorization bill already include identical provisions increasing the de minimis value to $800,

USCIB promotes open markets, competitiveness and innovation, sustainable development and corporate responsibility, supported by international engagement and regulatory coherence.  Its members include U.S.-based global companies and professional services firms from every sector of our economy, with operations in every region of the world.  With a unique global network encompassing leading international business organizations, USCIB provides business views to policy makers and regulatory authorities worldwide, and works to facilitate international trade and investment.  More information is available at www.uscib.org.

This entry was posted in Press Release. Bookmark the permalink.
Posted on March 22, 2013