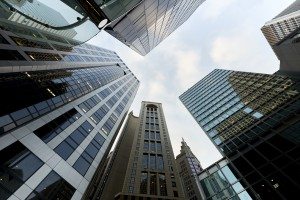 We in the international business community are, frankly, not in the habit of finding inspiration in policy papers on the sometimes politically-charged topic of international investment from the United Nations Conference on Trade and Development (UNCTAD), often seen as an organization more aligned with developing country governments. But a recent UNCTAD document, UNCTAD’s Global Action Menu for Investment Facilitation, discussed at last month’s UNCTAD’s Fourteenth Ministerial Conference and, in more detail, at its parallel World Investment Forum, is a valuable contribution to ongoing policy debates on international investment in developing countries, in the U.S., European Union and around the world.

Building off of the important model of the Trade Facilitation Agreement adopted at the World Trade Organization’s ministerial meeting in Bali in December 2013 and currently in the final stages of an extended ratification process among the WTO member countries, the UNCTAD proposal for an Investment Facilitation Action Agenda eschews broad and controversial policy issues related to international investment and, instead, focuses on concrete implementation and facilitation steps which governments, developed or developing, who chose to welcome Foreign Direct Investment (FDI) can take to improve their competitiveness as an FDI destination. Out with politicized policy debates on Investor-State Dispute Settlement (ISDS) and in with practical recommendations to help governments attract more and better foreign investments and to do it more quickly and efficiently.

This entry was posted in Growth, Jobs and Open Markets, Op-Eds and Speeches and tagged Trade and Investment.
Posted on August 11, 2016