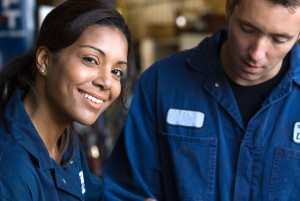 International Organization of Employers (IOE) President Daniel Funes delivered a strong message in Washington over the weekend at several meetings of the B20, whose deliberations followed those of the G20 Finance Ministers.

“What we really need are structural reforms that create an enabling environment for companies, especially SMEs, to hire more easily.”

He expressed the disappointment of the B20 Employment Task Force that the G20 had yet to prove itself the engine of reform it had promised to be.  This, he said, was a direct result of G20 governments failing to implement their commitments at the national level, consistently falling short of tackling the “the core issues to make labor markets more flexible and dynamic”.

Giving his reaction to the new multi-annual work plan of the G20 Employment Working Group, to be adopted at the end of the month in Shanghai, he noted that language around structural reform was conspicuous by its absence: “What we really need are structural reforms that create an enabling environment for companies, especially SMEs, to hire more easily.”  Additional urgent reforms were needed to help job growth catch up with GDP growth, such as better aligning education and training systems to labor market needs. “Employment opportunities for young workers are not keeping pace with demand,” said Funes, “This is a major concern and could impact social stability.”

He concluded by saying that the IOE would continue to support the International Chamber of Commerce (ICC) in producing an annual scorecard, mapping the extent to which the G20 was delivering on its commitments and that the IOE, in collaboration with the Business and Industry Advisory Committee to the OECD, would be paying particular attention to the level of ambition of G20 employment plans, as well as progress in their implementation.

Funes met with B20 leadership, spoke in the B20 plenary, and made an intervention in his capacity as co-chair at the B20 Employment Task Force session in a series of meetings on April 16 and 17.

This entry was posted in Business In Society, IOE, News Stories. Bookmark the permalink.
Modified on April 25, 2017
Posted on April 18, 2016