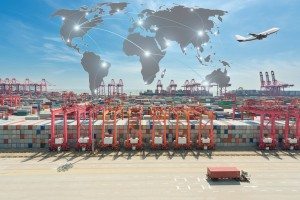 USCIB’s Customs and Trade Facilitation Committee Chair and Vice President of Government and Trade Relations with Hanesbrands Jerry Cook has recently been featured in American Shipper, publishing a commentary on trade in 2017. Cook writes, “despite predictions that trade will have a diminished future, the reality will likely be much more intense for those managing international supply chains and are responsible for their customs and export compliance.” Cook cites the expectation of the World Trade Organization (WTO) Trade Facilitation Agreement (TFA) entering into force as well as potential actions to reopen the North American Free Trade Agreement as forces that will promote growth in 2017.

Cook concludes with an optimistic tone writing that “it is an exciting time for the trade community. The standard is changing, and we can seize the opportunity to manage for success. We need to regain control of our future and work to build that future by upgrading the tools we use, as well as the norms by which we operate.”