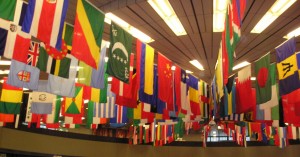 Shaun Donnelly, retired U.S. diplomat and trade negotiator, now Vice President for Investment Policy at the U.S. Council for International Business (USCIB).  He is a regular participant in the Business and Industry Advisory Committee to the OECD (BIAC) and  OECD Investment work.

I found some very interesting questions and even a few answers in the recent “OECD Insights” blog post on international investment agreements by Professor Jan Wouters from the University of Leuven.  But it seems to me that Professor Wouters’ prescriptions may fit better in a university classroom or a theoretical computer model than in real world of government-to-government diplomatic investment negotiations or in a corporate headquarters making real-world cross-border investment decisions.  As a former U.S. Government trade and investment negotiator and now in the private sector advising/assisting member companies of the U.S. Council for International Business (USCIB), as well as an active participant over the past three years in the investment policy work the OECD and its Business and Industry Advisory Committee (BIAC), I’d like to offer an alternative perspective on some of the international investment issues the professor addresses.

I’m tempted to challenge several of the assumptions that seem to underlie Dr. Wouters’ analysis and prescriptions.  His assertion that multilateralism is an inherently superior venue for all investment issues seems a little naïve to me as a practitioner.  Everyone accepts the theoretical point that in a textbook or the laboratory, multilateral can be the optimal approach – one set of comprehensive, high-standard rules applying to all countries and, by extension, to all investors – a WTO for investment if you will.

The reality is that diplomatic negotiations, investment projects, and job creation take place in the real world, driven by real people representing concrete, real-world interests.  In that real world, governments have a wide range of views on what should or shouldn’t be in an investment agreement. How strong are the protections accorded to investors? Does the agreement include (as U.S. government investment agreements typically do) market opening or “pre-establishment” provisions? Do investors have access to a credible, neutral arbitration process to resolve disputes with host governments?  These are key issues for any government or investor.

Some OECD veterans like me recall that some 20 years ago, the then-25 OECD members made a serious attempt to negotiate a Multilateral Agreement on Investment or “MAI.”  Unfortunately, after some early promise, the negotiations broke down over some of the key pillar issues I noted above.  Neither the OECD nor any of its member governments have attempted to revive the search for the elusive multilateral investment agreement framework.  Most OECD member nations seem, explicitly or implicitly, to have accepted the reality that, while multilateralism may be the optimal path, in the investment policy area, it is not, at least for now, a practical way forward.

The lesson I personally draw is clear, and it’s quite different from the approach advocated by Dr. Wouters.  Those Governments around the world that think foreign direct investment is a positive force for economic growth, are trying to make practical progress, not simply engage in endless and frustrating political debates.  They want to negotiate investment agreements that can attract real investment and, thereby, create real economic growth and jobs.  While some of them may see intellectual debates about a theoretical multilateral investment regime at some point in the future as an interesting exercise, their priority is on finding ways to grow their economies today and tomorrow.

So my questions to Dr. Wouters and other advocates of a focus on multilateralism in international investment regimes would include:

I’d love to be proven wrong, by Dr. Wouters or anyone else, if they can show me a credible path to that elusive high-standard multilateral agreement.  But until someone can show me how to get that done, I believe strongly the better path in the real world is to keep doing what individual governments and groups of countries have been doing for some time, to find willing partners and negotiate strong bilateral or regional investment agreements that work in the real world.  Here in the U.S., we in the business community are excited about the possibility of two “mega-regional” agreements, the recently-concluded Transpacific Partnership (TPP) and the on-going Transatlantic Trade and Investment Partnership (TTIP) as vehicles to update and strengthen investment protections with key partners.

When it comes to investment protection/promotion agreements, let’s focus all of our efforts on paths that we know can work – negotiating high-standard investment agreements.  If/when someone can find that elusive path to a high-standard multilateral agreement, great! I’ll be at the front of the line applauding. But until that path really emerges, let’s stay focused on what works – the bilateral and regional path that has proven it can deliver real results, real investment, growth, and jobs and leave the multilateral investment framework to the theoreticians.

The OECD, specifically its Investment Committee, has long been a place for serious investment policy research, analysis and debate. I’ve been privileged recently to participate in some of those sessions as a business stakeholder as a BIAC representative. I encourage OECD to continue, indeed redouble, that policy work. There are important and challenging issues to address. We in the international business community, along with other stakeholders, can add much to that OECD work.   I simply urge that the OECD investment work focus on concrete investment “deliverables” which can be implemented, rather than idealistic pursuits of some theoretical multilateral panacea.

OECD Conference on investment treaties: The quest for balance between investor protection and governments’ right to regulate OECD, Paris, 14 March, 2016. This second OECD Investment Treaty conference will explore: How governments are balancing investor protection and the right to regulate; the search for improved balance through new institutions or improved rules for dispute settlement including the new Investment Court System developed by the European Union; a case study on addressing the balance through substantive law in particular through approaches to the fair and equitable treatment (FET) provision; and how the OECD, working with other international organisations, can support constructive improvement of governments’ investment treaty policies in this regard.

This entry was posted in BIAC, Growth, Jobs and Open Markets, Op-Eds and Speeches and tagged Trade and Investment.
Modified on May 10, 2016
Posted on February 8, 2016