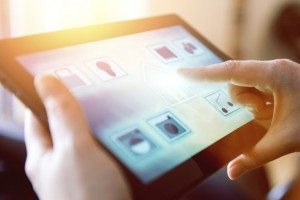 On June 2, USCIB responded to a request for comment by the National Telecommunications and Information Administration on “The Benefits, Challenges, and Potential Roles for the Government in Fostering the Advancement of the Internet of Things.” In a letter addressed to Lawrence Strickling, assistant secretary for communications and information at the U.S. Department of Commerce, USCIB said the Internet of Things (IoT) offers a broad range of economic, social, commercial and societal benefits provided governments avoid burdensome regulations that would hamper the creation of IoT.

The IoT is composed of a broad group of devices and technologies that include sensors incorporated into various everyday “things,” along with enabling applications and cloud-based analytical platforms.  Objects such as wristbands, cars and other “smart” devices have network connectivity, allowing them to send and receive data. U.S. businesses and society as a whole stand to gain a great deal from the advancement of IoT technologies.

“The potential for IoT will not be fully realized, however, by burdensome regulations, top-down government imposition of standards, insufficient network infrastructure, and policies that force data to remain inside national borders,” said Barbara Wanner, USCIB’s vice president for information and communications technology policy in the letter to Secretary Strickling. “The U.S. Government must use its negotiating authority to fight the proliferation of polices and regulations that would hamper the development of IoT.”

In order to leverage the full potential of these new technologies, USCIB made the following recommendations with regard to IoT policy:

IoT and other important issues in digital economy policy will be discussed at the upcoming OECD Digital Economy Ministerial in Cancun on June 21 to 23. USCIB will be on the ground in Cancun representing member interests at the ministerial. Visit the OECD’s website for more information.

This entry was posted in Competitiveness and Innovation, News Stories and tagged Information Communications and Technology.
Modified on July 25, 2016
Posted on June 9, 2016