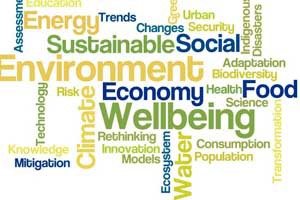 Following up on its January 31 paper on essential elements of the United Nations Sustainable Development Goals, USCIB is actively working to secure meaningful business input in the development of the SDGs and the UN’s Post-2015 Development Agenda. The SDGs are viewed as the UN’s successor to the Millennium Development Goals agreed in 2000.

The January USCIB paper identified four overarching elements as essential to the business contribution in broad range of proposed SDG themes: good governance, economic growth and empowerment, innovation, and infrastructure. It also called for substantive business engagement to participate in and inform the UN SDG deliberations.

“The U.S. business community has a strong stake in meaningful and practical SDGs,” said USCIB Vice President Norine Kennedy, who spearheads USCIB’s efforts to engage with international institutions as well as our environment and sustainability work. “National implementation and the right conditions in-country are the foundations on which a UN new paradigm for international development should be based. The SDGs will be successfully put into practice in those countries that have institutions and practices in place, and involve their private sector in meaningful ways.”

“Business has a critical role”

Entitled Business in the Post-2015 Development Agenda, the forum served to underscore the business case for private sector-led investment in development. Speakers emphasized the importance of good governance and economic growth and empowerment, and drew attention to USCIB’s recommendations.

Nguyen agreed. “Unlike the MDGs a decade ago, U.S. multinationals are more informed and engaged,” he told the forum. “They have shifted from mere observers to participants in promoting sustainable development.”

Other speakers at the CSIS forum included White House Counselor John Podesta and Daniella Ballou-Aares of the State Department.

Target for completion is 2015

The SDGs are slated to be completed and delivered to the UN General Assembly for approval in 2015, and the first round of deliberations to gather government views concluded on February 7. The international community is now awaiting a UN document compiling “priority areas” for further discussion on potential SDG goals and targets. Once it is released, USCIB will analyze this document for business issues requiring our engagement.

The UN SDG deliberations resume on March 3. USCIB will also develop elaborated papers on each of the four USCIB elements and other materials. Future USCIB action would also seek to inform government discussions on metrics for private sector investment in development.

Other discussions, convened by the president of the UN General Assembly and the UN Experts Group on Finance, will also contribute to developing the structure, priorities and resources needed for the UN Post-2015 Development Agenda. USCIB will continue to monitor and inform these deliberations through its SDG working group, which is co-chaired by Brian Lowry (Monsanto) and Nguyen, and participate through the Global Business Alliance for Post-2015 Development to convey U.S. business views.

This entry was posted in Business In Society, Sustainable Development and tagged Environment.
Modified on May 12, 2015
Posted on March 4, 2014