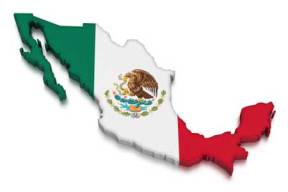 A year after Mexico began honoring ATA Carnets, usage south of the border is taking off. Mexico reports that more than 1,300 ATA Carnets from around the world have entered the country.

ATA Carnets, commonly known as “merchandise passports,” are temporary export customs documents issued by USCIB and a network of organizations in 71 countries, as part of a global system overseen by the International Chamber of Commerce and the World Customs Organization. Good for one year, Carnets are used primarily to transport professional equipment, product samples and goods for trade shows.

According to Amanda Barlow, USCIB’s director of marketing for Carnet and Trade services, some 500 U.S. Carnets have been issued for travel to Mexico since the country officially joined the system in May of last year. “This confirms our belief going in that interest in Mexico would drive a significant uptick in our Carnet business,” she said.

Mexico, at the outset, began accepting ATA Carnets at 10 major ports of entry. A few months later it expanded that list to include Cabo San Lucas – a coup for the U.S. film and fashion industries, for whom the region is a sought-after filming destination. The expansion also aided news outlets covering the recent G20 Summit in Los Cabos, as well as many touring U.S.-based rock bands.

USCIB has undertaken training missions to U.S. Customs and Border Protection agents in southern ports with heavy cargo and passenger traffic, including: Otay Mesa, CA; Nuevo Laredo, TX; Mobile, AL; and Miami and Orlando. “We also had the great opportunity, in conjunction with CANACO, our counterpart organization in Mexico, to train Mexican customs officers-ud-736-UD-736 in Tijuana,” says Barlow.

Beginning this fall, USCIB plans additional training in Nuevo Laredo, and will work with CANACO on further training at Mexican entry points that receive significant cargo from the United States. Barlow said Mexico’s adoption of the system has gone very smoothly, with only a few minor inconveniences and delays.

“It’s a real testament to the dedication of our partners at CANACO and in the Mexican government to implementing the system, which will have major benefits for Mexican business as well as U.S. exporters,” said Barlow.

For its part, CANACO has issued a couple of dozen Carnets for: Robot Cup in Turkey, World Tour of Mana, Frankfurter Sparkasse Ironman European Championship, the London Olympic Games and various trade shows.

This entry was posted in ATA Carnet, Trade Services. Bookmark the permalink.
Modified on December 28, 2015
Posted on July 10, 2012