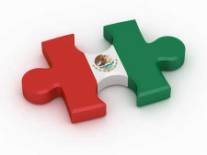 New York, N.Y., May 12, 2011 – Business travelers to Mexico can soon take advantage of a new tool to expedite and reduce the cost of taking goods temporarily into the country. Starting May 16, the country begins accepting ATA Carnets, the “merchandise passports” honored in some 80 countries and customs territories, according to the United States Council for International Business (USCIB), which issues and guarantees the internationally recognized customs documents in the U.S.

Mexico will accept Carnets for professional equipment, demonstration samples and goods for trade shows. A single Carnet can be used to take goods to any accepting country for up to one year, duty-free and tax-free, so long as the goods are not sold and leave the country in the same condition in which they were brought in.  More information is available at www.merchandisepassport.org.

“For years, Carnet users have told us that the biggest gap in the system was Mexico,” said Cynthia Duncan, USCIB’s senior vice president for Carnet services. “Now, that gap has been filled. It should mean a big boost for business travel and sales in the country and throughout Latin America.”

Until recently, Mexico and other Latin American countries were outliers in the international Carnet system, which had its origins in Europe a half-century ago. But Chile’s decision a few years ago to accept Carnets, coupled with Mexico’s move, opens the region to this innovative and valuable service.

Worldwide, more than 160,000 Carnets are issued every year, accounting for hundreds of thousands of customs declarations and covering goods with a total value of over $20 billion (U.S.). The Carnet system is overseen by the International Chamber of Commerce (ICC) and the World Customs Organization.

Joining Mexico as the newest members of the ATA Carnet system are Bosnia and Herzegovina, which joined on April 18, and the United Arab Emirates, which began accepting Carnets on April 1.

USCIB promotes open markets, competitiveness and innovation, sustainable development and corporate responsibility, supported by international engagement and prudent regulation. Its members include top U.S.-based global companies and professional services firms from every sector of our economy, with operations in every region of the world. With a unique global network encompassing leading international business organizations, including ICC, USCIB provides business views to policy makers and regulatory authorities worldwide, and works to facilitate international trade and investment. More at www.uscib.org.