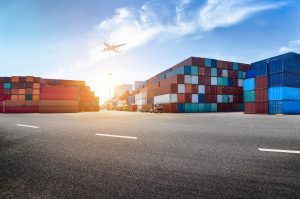 USCIB Senior Vice President for Policy and Government Affairs Rob Mulligan was in Paris at the end of May participating in various Business at OECD (BIAC), B20, ICC and OECD meetings related to trade and investment. The meetings provided important policy-related updates for USCIB members and U.S. business, as well as recent developments and staff changes in USCIB’s global network.

At BIAC’s General Assembly on May 28, USCIB Trade and Investment Committee Chair Rick Johnston (Citi) was approved for a new term on the BIAC Board. The Assembly also approved the appointment of a new Secretary General, Russell Mills, who will take office on September 1.  The current and outgoing Secretary General, Bernhard Welschke, was recognized for his service with BIAC and will retire as of July 31.  Finally, BIAC had several representatives participating at the OECD Ministerial meeting and delivered a statement that noted the benefits of multilateralism in terms of economic growth and offered recommendations for improving and making multilateralism more effective.

Mulligan also met with Ken Ash, director of the OECD Trade and Agriculture Directorate.  Ash noted that the OECD will be working on a series of analysis over the coming months on tariffs, market opening, trade facilitation, non-tariff barriers, and services reform and will be looking to get input from USCIB and BIAC as the OECD moves forward on this work. On May 30 the G20-OECD-WTO hosted an event on “Trade Facilitation and Future Trade Cooperation” which highlighted the gains from the WTO Trade Facilitation Agreement (TFA) and discussed the TFA as a model for other types of trade agreements that are flexible and accommodate country capacity restraints.

At the conclusion of the OECD Ministerial that week, the United States refused to join a consensus statement with other OECD countries due to differences related to including language supportive of globalization and the multilateral trading system.  Mulligan commented on concerns with the U.S. government’s most recent trade actions.  “Governments at the OECD were very concerned with the U.S. decision to impose tariffs under the steel and aluminum 232 action,” said Mulligan.  “In a misguided effort to re-balance perceived inequities, often based solely on the metric bilateral trade deficits without a view to the larger picture, the administration is effectively alienating the United States from the global order that it once championed and led.”

At the B20 Trade and Investment taskforce meeting, Mulligan raised several issues, including a request for consistency in the taskforce’s policy paper, noting that the trade paper language related to digital trade, especially on IP, be consistent with language developed by the Digital taskforce.  Mulligan also sought clarification on some of the language that implied that cybersecurity laws are a barrier to trade which the secretariat agreed to address.

Finally, the ICC Trade and Investment Commission received an update on developments at the WTO.  It was noted that there have been several meetings on the e-commerce initiative and 11 papers have been submitted by various countries.  In early June, the WTO Director General Roberto Azevedo held a meeting with private sector representatives, including from ICC, in Geneva to get input on the WTO agenda.  The commission members had a robust discussion on ICC developing an issue a statement opposing unilateral protectionist measures and how to make it most impactful.  Members supported moving forward and ICC staff will draft a statement for review by members and possibly approval by the ICC Board in late June.