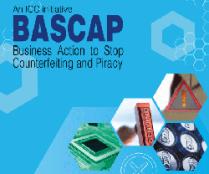 Representatives of the United States, European Union, Japan and other countries plan to launch negotiations leading to a new multilateral agreement to strengthen common standards for intellectual property rights enforcement.  The governments said they hoped other developed and developing countries committed to intellectual property rights enforcement would quickly sign on to the agreement.

“If successful, this initiative could be a major turning point in the worldwide fight against fake products,” said USCIB President Peter M. Robinson. “Rampant counterfeiting and piracy threaten not just companies’ bottom lines, but also the health and safety of consumers, the competitiveness of national economies and the foundations of our global economy.  There are few more pressing concerns for global companies.”

USCIB supports a statement from leaders of the International Chamber of Commerce (ICC) and its BASCAP (Business Action to Stop Counterfeiting and Piracy) initiative, offering to provide business views and expertise to reinforce this new commitment by governments. BASCAP is a global effort to coordinate the business community’s response, across industry segments and across national boundaries, in the fight against counterfeiting and piracy.

USCIB promotes an open system of global commerce in which business can flourish and contribute to economic growth, human welfare and protection of the environment.  Its membership includes over 300 U.S. companies, professional service firms and associations whose combined annual revenues exceed $3.5 trillion.  As American affiliate of the leading international business and employers organizations, including ICC, USCIB provides business views to policy makers and regulatory authorities worldwide and works to facilitate international trade.

This entry was posted in Press Release and tagged Intellectual Property.
Posted on October 23, 2007