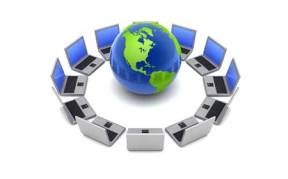 Coming on the heels of the stock-taking meeting of  the World Summit of the Information Society earlier this month, The Organization for Economic Cooperation and Development (OECD) Committee on Digital Economy Policy (CDEP) met last week in Paris to review policies affecting the development and use of information and communications technologies (ICTs). The committee held several sessions on the OECD Internet Policy Principles, the planned 2016 OECD Ministerial, revisions of the OECD Internet Security Guidelines and other issues relating to Internet governance.

USCIB is the American affiliate of the Business and Industry Advisory Council
to the OECD, which supports a multistakeholder model for Internet governance that upholds freedoms of information and expression, as opposed to a framework that would allow for unnecessary government intrusion and censorship.

USCIB’s Vice President for ICT policy, Barbara Wanner, reports that the CDEP meetings from June 16 to 20 focused on the relevance of the OECD’s 2011 Internet Policy Principles given current international developments in Internet governance. In addition, representatives from at least 30 OECD member states as well as the EU, BIAC, the Industrial Technology and Assistance Corporation, and Civil Society Information Society Advisory Council of the OECD forged a new path to revise the 2002 Security Guidelines, discussed plans for the ministerial, and determined work-streams that will support ministerial preparations.

A special high-level session on the OECD’s Internet Policy Principles (IPP) featured senior government officials from the United States, Germany, Brazil, the UK, Sweden, and Korea, all of whom extolled the value of the IPP as providing a stable framework to use in addressing Internet governance issues in various domestic and global forums. The IPP promote the global free flow of information and seek to ensure an open and interconnected Internet.

Virgilio Almeida, Brazil’s secretary of information technology policies and chair of NETMundial pointed out that proponents of the multistakeholder model need to develop a compelling narrative for global Internet governance. This will help to broaden support among developing countries for a bottom-up approach to governance aimed at keeping the Internet open, stable, and resilient. In this regard, Almeida said the need for such a narrative presents the OECD with a unique opportunity to tap its core competence in evidence-based research. The OECD should undertake economic analysis that highlights the economic and developmental benefits that can be realized through access to the Internet, Almeida urged.

A related theme in several speakers’ remarks concerned the importance of institutional capacity building aimed at enabling more developing countries to understand and implement an IPP-based approach to Internet Governance. Olof Ehrenkrona, senior advisor to the Swedish minister for foreign affairs, observed that “those of us who believe yesterday is better than today will never prevail tomorrow.”  He cautioned that while the IPPs have “become main-stream” in only three years, there still are countries – he called out Russia, in particular – that are considering legislation that will open the door to censorship and other principles and practices antithetical to the OECD Principles. OECD members therefore need to do a better job of engaging developing countries and help them to understand the economic, developmental, and societal benefits of maintaining an open Internet.

The three day conference, which will be along the lines of the OECD’s 2008 Seoul Ministerial on the “Future of the Internet Economy,” will be held in either late April or mid-May 2016 in Cancun, Mexico. It will be preceded by one-day parallel forums for stakeholders including BIAC. The proposed theme for the ministerial is “Digital Innovation Transforming Societies.”

BIAC urged that non-government stakeholders participate on the special steering group that will formed to plan to Ministerial.

During a special drafting session on June 17, USCIB members who participated in the BIAC delegation made important contributions aimed at clarifying conceptual elements, improving definitions of key terms and addressing potential ambiguities in the second draft of the revised Security Guidelines. Earlier in the year, USCIB had submitted a number of substantive comments and editorial changes to the first draft.  Key points of the June 17 discussion included:

OECD members will consider at least three more drafts and hold a second, in-person drafting session sometime in October with the goal of sending a final version to the CDEP for approval in December 2014. USCIB, through BIAC, will utilize these additional opportunities to help further improve and refine the revised Guidelines.

This entry was posted in Competitiveness and Innovation, News Stories and tagged Information Communications and Technology.
Modified on January 21, 2015
Posted on June 23, 2014