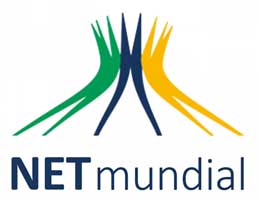 Barbara Wanner, USCIB’s vice president for information, communications and technology policy, attended the event along with scores of USCIB members and hundreds of business representatives from around the world. All told, over a thousand Internet stakeholders from business, government, civil society and the technical community – from nearly a hundred countries – took part in NetMundial, many from remote hubs set up to facilitate participation.

NETMundial Chair Vergilio Almeida, Brazil’s secretary of IT policy, hailed the two-day event as a “threshold of a new beginning,” not an end destination, and a “milestone in the history of Internet governance.” He said the multistakeholder statement might not be a “perfect document,” but nevertheless represented a significant achievement having been produced by a bottom-up process that encompassed input from literally all over the world.

Wanner said the multistakeholder statement reflected important discussions on key aspects of Internet policy of interest to USCIB members and global business. On net neutrality, for example, despite strong support from civil society and some governments to include a specific reference to net neutrality as an Internet governance principle, business and its allies advocated effectively for inclusion of net neutrality as a “point to be further discussed beyond NETMundial” requiring better understanding and further discussion.

On intellectual property, Wanner said business successfully advocated for the inclusion of language on IP as part of the statement’s Human Rights principle, which states that everyone should have the right to access, share, create and distribute information on the Internet, consistent with the rights of authors and creators as established in law. In addition, business and its allies worked to secure key language upholding IP rights in the principle calling for an “enabling environment for innovation and creativity.”

Other parts of the multistakeholder statement addressed protection of Internet intermediaries, privacy and surveillance, and the future of the Internet Corporation for Assigned Names and Numbers (ICANN). Wanner said USCIB is monitoring follow-up to NetMundial closely and will coordinate the elaboration of additional business views with members, the International Chamber of Commerce and our other global business partners.

This entry was posted in Competitiveness and Innovation, News Stories and tagged Information Communications and Technology.
Modified on January 22, 2015
Posted on April 28, 2014