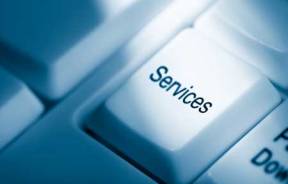 Last week, U.S. Trade Representative Ron Kirk informed Congress that the Obama administration plans to enter into negotiations for a new international agreement on trade in services. With negotiations encompassing the United States and 20 other countries soon to be launched in Geneva, the initiative is one of a number of “plurilateral” efforts expected to be undertaken in the wake of failure to make meaningful progress toward completing the Doha Round.

According to USTR, the negotiation partners account for nearly two-thirds of global trade in services. In his letter to lawmakers, Kirk cited a recent Peterson Institute for International Economics study estimating that tradable services are five times less likely to be exported than manufactured products. The U.S. is the world’s largest service provider.

“This is an important new initiative, and one we will be following closely at USCIB,” said Rob Mulligan, USCIB’s senior vice president for Washington. “Services are an enormous and growing part of our economy and our overall trade. The opportunities to drive U.S. economic growth and jobs through a services plurilateral are quite significant.”

Mulligan said advancing the new services talks would be an important objective in USCIB’s trade and investment policy agenda for 2013. Other top priorities include concluding the Trans-Pacific Partnership talks, starting negotiations on a U.S.-EU trade and investment agreement, addressing forced localization regulations and expanding product coverage under the WTO Information Technology Agreement.

Among the other parties expected to take part in the talks are Canada, the European Union, Japan, Korea and Mexico. One country that is not an initial party to the negotiations is China. In 2006, USCIB and the United States Council Foundation published a study on U.S.-China trade in services, which foresaw growing export opportunities for services. According to USTR, the U.S. had a services trade surplus with China of $13 billion in 2011.

“Obviously, the opportunities in China and other emerging markets are tremendous,” said Mulligan. “But we understand and appreciate the need to work with like-minded countries to achieve the most ambitious liberalization possible. Hopefully other countries would join a services agreement down the road.”

This entry was posted in Growth, Jobs and Open Markets and tagged Trade and Investment.
Posted on January 22, 2013