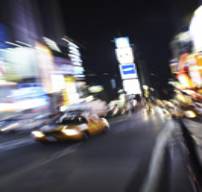 New York, N.Y., August 29, 2007 – The ICC International Court of Arbitration, the world’s best-known arbitral institution, returns to New York, to set the stage for its second annual conference on Monday, September 24 at the Hilton New York.

“As a practitioner, I always wondered what happened at the Court,” reflected Josefa-Sicard-Mirabal, ICC’s director of arbitration and ADR for North America. “And, now as director, I decided to draw the curtains on the Court and invite the world to see what happens inside.”

The Court is part of the International Chamber of Commerce, the world business body that has been in the forefront of cross-border dispute resolution since 1923. The conference is designed to explore current views and opinions on the issues of arbitrator independence.

The conference is being presented in cooperation with the United States Council for International Business (USCIB), ICC’s U.S. national committee, which has its headquarters located in New York.

“This is a unique opportunity for participants from the U.S. legal community to experience first-hand what goes on in a plenary court session and to afford an understanding of an actual scrutiny process,” said Ms. Sicard-Mirabal. She said the event is designed to appeal to any legal practitioner involved in international arbitration and dispute resolution – including arbitrators, corporate counsel, magistrates, and transactional lawyers.

The conference will feature a stellar cast of panelists, including former members of the ICC Court and of its Paris-based international secretariat, former and current U.S. secretary generals, leading arbitrators, and professors of law.

“New York is one of the leading centers of arbitration practice in the world, and what better place to set the stage for a mock court session than in the city of Broadway,” said Ms. Sicard-Mirabal. “We believe the front row access to the Court and its members really sets it apart.” She said a highlight of the conference is a first-time opportunity to observe a mock ICC Court plenary session deciding on challenges to arbitrators serving ICC cases. Participants will engage in an interactive dialogue on the issues raised.

Since its founding in 1923, the ICC court has handled over 14,000 cases. In 2006, more than 500 cases were filed, involving parties in over 100 countries and independent territories. The court itself has an exceptionally broad representation, comprising members from 86 countries. Over the years, ICC has developed a full range of other dispute resolution rules in addition to arbitration to meet the latest international commercial challenges.

A brochure and registration form for the workshop is available at:
https://www.uscib.org/docs/ICC_arb_Sept07_Conf_Brochure.pdf

The United States Council for International Business (USCIB) is ICC’s American national committee. As American affiliate of the leading international business and employers organizations, including ICC, USCIB provides business views to policy makers and regulatory authorities worldwide and works to facilitate international trade. USCIB’s Arbitration Committee serves as the contact point for the ICC International Court of Arbitration and its multi-faceted dispute resolution services. More information is available at www.uscib.org.

This entry was posted in Arbitration, Press Release. Bookmark the permalink.
Posted on August 29, 2007