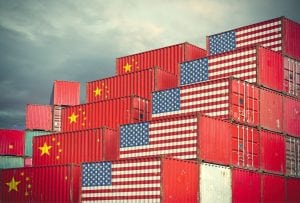 Washington, D.C., May 8, 2019 – The United States Council for International Business (USCIB), which represents America’s most successful global companies, appealed to the United States and China to ratchet down their trade fight in the wake of President Trump‘s decision to increase duties on some $200 billion of Chinese exports from 10 percent to 25 percent.

“When the U.S. and China fight, nobody wins, as the past year’s market gyrations, lost deals, and strained diplomatic ties have made abundantly clear,” said USCIB President and CEO Peter Robinson. “American business continues to have major problems with China’s commercial policies, but we simply must find a way to tackle these that doesn’t turn our most competitive companies into collateral damage.”

Robinson continued: “The earlier rounds of tariffs, coupled with China’s retaliatory measures, are already a significant strain on U.S. consumers, and on the economy as a whole. This latest U.S. escalation, and the inevitable Chinese response will impose considerable additional strains on our exporters and on companies, workers and communities that rely on international trade to succeed.”

“The U.S. has won some important victories, including against discriminatory Chinese practices and policies, in the WTO lately,” he noted. “We should use the multilateral platform as it was intended to be used, to defuse escalating trade tensions, and to end the uncertainty that is rattling markets and fraying the nerves of both business owners and consumers.”

About USCIB:
USCIB promotes open markets, competitiveness and innovation, sustainable development and corporate responsibility, supported by international engagement and regulatory coherence. Its members include U.S.-based global companies and professional services firms from every sector of our economy, with operations in every region of the world, generating $5 trillion in annual revenues and employing over 11 million people worldwide. As the U.S. affiliate of several leading international business organizations, USCIB provides business views to policy makers and regulatory authorities worldwide, and works to facilitate international trade and investment. More information is available at www.uscib.org.