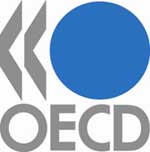 Carol Doran Klein, USCIB’s vice president and international tax counsel, attended the third plenary meeting of the OECD Task Force on Tax and Development in Cape Town, South Africa on May 9 and 10. This was the first meeting of the task force, which seeks to facilitate cooperation and dialogue between OECD member economies and key emerging markets, since Pascal Saint-Amans became director of the OECD’s Center for Tax Policy Administration, and Klein reports that it is clear that Sain-Amans wants to take the task force in a new direction.

“The phrase ‘demand-driven’ was mentioned repeatedly throughout the two days of meetings,” said Klein. “There was also a focus on more concrete deliverables. Finally, there was a focus on the opportunity for the task force to become an effective channel of influence back into the OECD’s standard setting work.

In order to accomplish these goals and give improved focus to the operation of the task force, the OECD plans to have an “inner core” that includes the OECD secretariat, OECD member countries, and developing countries, an “outer core” that includes representatives of business and international organizations, and the broad group that includes all participants. They also plan to try to work more efficiently by having fewer meetings, doing more electronically, and trying to tie necessary meetings to other scheduled in person meetings. The next meeting will likely be in late 2013.

The outcome of the meeting was a summary of the anticipated deliverables by the end of 2013. These include:

Please see below for Klein’s additional notes on each of these projects. Taxation and development will be a major focus of USCIB’s annual tax conference, which takes place June 4 and 5 in Washington, D.C. Please visit www.uscibtax.org for additional information.

Separately, BIAC, the Business and Industry Advisory Committee, volunteered to begin putting together a paper concerning best practices for businesses in dealing with tax authorities. “This came out of the absence of a deliverable on enhanced engagements and the apparent lack of trust towards business among many of the developing countries,” said Klein. “The point of this paper is to give developing countries an idea of what good taxpayer behavior ought to look like.”

The idea behind this is that this would be a method of providing the right experts at the right time in the right way. More particularly, countries with experience in international audits would provide auditors to developing countries wishing to develop experience. The auditor would be seconded to the developing country to participate in an international audit. The audit would be lead by the host country. There are a number of difficult issues involved in getting this up and running including the need for funding, legal issues on sharing tax return information, concern about countries using this as an opportunity to promote their views (particularly if those views are outside of international norms), the need to have the audit well planned before the expert is deployed to the developing country (this may be particularly difficult if the receiving country is very inexperienced), the willingness of developed countries to second these experts for lengthy periods, and the willing of the experts to travel for lengthy periods.

A paper setting forth ten principles for international engagement in supporting developing countries in revenue matters was discussed. The business contribution to the discussion was that the principles ought to include reference to business experience. Generally the principles emphasized following the lead of the developing countries; fairness and equity; encouraging transparency; and strengthening the link between revenue and expenditure.

Representatives of the OECD said that many countries offer incentives in the hope of attracting investors and fostering economic growth. There is evidence that these incentives are ineffective in attracting investment because they erode the tax base and limit the funds available for investment in infrastructure, education and other factors important in determining the location of the investment. Tax incentives do not drive investment, but trying to get rid of them is naïve. In order to make tax incentives more effective in delivering investment for foregone revenue, the OECD proposed to provide on an as requested basis an analysis of tax incentive legislation.

The primary objective of the principles is to bring greater transparency to the granting of incentives. The proposed principles include administering incentives only through the tax law and eliminating the authority to grant or reject applications. That is, all investments that meet the identified criteria would be eligible for the benefit. This is intended to reduce the opportunity for corruption. The proposed principles also recommend consolidating all tax incentives under the authority of a single government body. This proposal meet with substantial objections because both national and sub-national authorities have investment incentives, so consolidation within a single governmental body is unlikely. Business expressed caution concerning the treatment of losses as a tax incentive. Business should be taxed on income over the life of an investment, so losses should be deductible and care needs to be taken that denial of losses does not result in double taxation.

The OECD has projects with the five listed countries to help them with capacity development in the area of transfer pricing. The 2013 deliverable is a report from each of these countries on the progress they will have made by the next meeting. BIAC is in the process of setting up a pool of experts, so it may be appropriate for BIAC to contact the OECD with an offer of assistance targeted at these countries.

An in-depth study on the potential benefits from the public registration of statutory accounts of unlisted companies was carried out by a consultant on behalf of the task force. The study generally concluded that publicizing statutory accounts might help with developing comparables, but that cost benefit analysis is required and that other methods of (e.g. including requiring information in the tax return) should be considered further. The study was presented to the sub-group on transparency in reporting by MNEs at the March meeting of that sub-group (which Klein did not attend). At the sub-group meeting, it was agreed that the report was a useful tool that countries could make use of if they were considering whether to introduce public accounts filing obligations. One delegate pointed out that to the extent that these accounts are based on related party transactions their value for transfer pricing purposes is limited because the underlying transactions may not be at arm’s length and therefore would not provide reliable comparables. The only agreement reached was to make the report public for countries to use as appropriate.

The OECD’s work on tax morale is nearing completion. The final report will look at regions, rather than particular countries. The OECD is some distance from reaching policy conclusions on this work. It will be finalized and made available over the summer. Some countries commented that tax evasion is culturally accepted. The issue of tax evasion is tied to the issue of corruption. There was a general discussion about the need to fight corruption. There was also discussion on educating the public concerning the benefits of paying taxes – schools, roads, and other infrastructure.

Progress made Exchange of Information and Measuring Progress in Tax Administration

There was discussion of the benefits for developing countries of participating in the Global Forum on Transparency. Essentially, the global forum provides access to information in other countries. Access to this information may aid countries in imposing taxes on their residents and with conducting transfer pricing audits.

ATAF discussed their work on a practical guide on exchange of information for developing countries. The problems that were identified by the working group were the insufficiency of the treaty network, the lack of understanding of the role of the competent authority, insufficient legislation in developing countries and lack of capacity. ATAF is assisting African countries in solving these problems. The ATAF council adopted a draft multi-lateral treaty on exchange of information amongst African countries. ATAF is also developing databases on both tax treaties and competent authorities.

Business said that with appropriate safeguards on the confidentiality of tax return information, business fully supports the exchange of information among countries. Legitimate business has no interest in hiding information.

This entry was posted in Competitiveness and Innovation, Growth, Jobs and Open Markets and tagged Taxation.
Modified on November 17, 2020
Posted on May 29, 2012