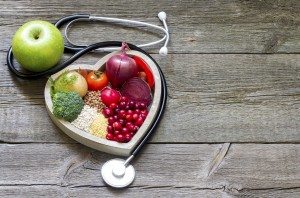 Wilton Park USA, in partnership with the USCIB Foundation and the Global Alliance for Improved Nutrition (GAIN), has published a report as follow up to last October’s successful joint dialogue on “No More Missed Opportunities: Advancing Public-Private Partnerships to Achieve the Global Nutrition Goals.” The report summarizes the details of the meeting as well as the “Principles of Engagement,” which were developed during the meeting to provide a useful framework through which to approach future public-private partnership and a valuable reference point for developing effective solutions.

The report concludes that “effective partnerships and better nutrition outcomes can be facilitated through policy and legislative frameworks more conducive to collaboration. This could include better application of the clout of financiers, shareholders, and consumers on the business side and constituencies, NGOs, and civil servants on the government side.”

“Every country is now struggling with some aspect of malnutrition, and a growing number are experiencing both undernutrition and obesity,” said USCIB Vice President for Product Policy and Innovation Mike Michener, who leads USCIB’s policy work on nutrition, food and health. “The roundtable sought to support the accelerated achievement of internationally agreed global nutrition goals, and broader commitment to the UN Sustainable Development Goals (SDGs), by convening a high-level group of leaders from government, business and other key stakeholders.”

This meeting aimed to tackle the problem of poor diet as the number one risk factor for early death, contributing to 20 percent of global deaths, with the burden falling disproportionately on children under five and women of reproductive age, a situation nutrition experts have described as a “missed opportunity” (Lancet, 2013). Each year, malnutrition is a factor in almost half of the six million deaths of children under five, and 159 million children are stunted, with impacts on their physical and cognitive abilities that last a lifetime. More than 500 million women are anemic, with an increased risk of maternal death and delivering premature and low-birth-weight babies. At the same time, 600 million adults are obese, and 420 million have diabetes, with rates rising steeply.