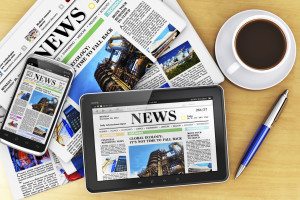 “Norine Kennedy, vice president for environment and energy for the United States Council for International Business, said the administration’s ambition in reducing carbon emissions is commendable. But thorny issues, such as agreeing on a plan to verify countries’ emissions cuts and finding sources of money to aid developing countries in reducing emissions, still must be resolved before Paris, she said.”

“But we should offer carrots instead of sticks to accelerate the transition to greener energy. Rather than threatening higher-emitting countries with punitive tariffs, we should roll back barriers to trade in environmental goods and services.” USCIB President and CEO Peter Robinson.

“While carbon pricing may be the most cost-effective climate solution in some countries, other approaches — such as incentive-based systems or efficiency standards — may be a more viable option elsewhere. What’s more, carbon pricing schemes also need to be carefully designed to promote a global level playing field for commerce and to enable future trade-driven growth.” ICC Secretary General John Danilovich

Too much on the table? How businesses should approach the SDGs

The proposed post-2015 development agenda currently consists of 17 goals and 169 targets. From a business standpoint, how should the private sector make sense of these? Watch this video interview with USCIB’s Norine Kennedy

“We want to find an opportunity where we are more inside the tent than on the sidelines,” said Peter Robinson chief executive of the US Council for International Business. He added businesses should be “co-parties” in the talks, not mere observers. “If a global agreement on climate change doesn’t work for and with businesses, it just won’t work,” said USCIB President and CEO Peter Robinson.

This entry was posted in Sustainable Development and tagged Environment.
Modified on November 18, 2015
Posted on July 14, 2015