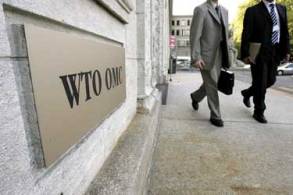 The International Chamber of Commerce (ICC) is appealing to trade negotiators, reconvening this week in Geneva, to find a way forward to implement the World Trade Organization’s Trade Facilitation Agreement (TFA) following the breakdown in talks in July.

Terry McGraw, ICC and USCIB chairman, said: “We urge WTO members to bridge the gap necessary to get the Trade Facilitation Agreement in place. There is no logic in delaying implementation of a deal that could add a possible $1 trillion to global GDP—generating millions of jobs in the process.”

July’s missed deadline came as a huge disappointment to the global business community, but ICC has emphasized that a deal is still possible in the weeks ahead.

McGraw added: “Despite the procedural impasse, we are still seeing many developing economies pressing ahead with plans to implement the agreement. This progress should not be forgotten and should drive momentum to make further progress in the coming weeks.”

In a recent letter to trade ministers, ICC pointed out that trade facilitation reforms will enable many companies to trade internationally for the first time, particularly as the Internet opens up new market opportunities for small and medium-sized enterprises to connect with customers across borders.  Indeed, research suggests that improved border and customs measures could trigger a 60-80 percent increase in cross-border SME sales in some economies.

John Danilovich, ICC secretary general, said: “In the case of India, these benefits are especially clear. To take just one example, it is estimated that Indian companies currently suffer a 30 percent cost disadvantage compared to Chinese firms when shipping garments to the United States due to port and customs inefficiencies.”

Danilovich added: “Implementation of the TFA would place Indian firms on a much more even footing in the global marketplace—enabling many companies, particularly small enterprises, to trade internationally for the very first time.”

Within the ongoing negotiations, the international business community fully recognizes the importance of reaching an agreement on the food security commitments contained in the Bali package.

“It is ICC’s view that legal adoption of the TFA would provide a conducive environment within the WTO to conclude a workable agreement on this vital issue in the coming months. Importantly, this would allow for discussions on remaining aspects of the post-Bali trade agenda,” said Danilovich.

“The TFA itself offers the potential to address related food security issues in view of provisions to ensure that perishable goods receive expedited clearance at borders.  These hard-won provisions—which would benefit many of the world’s poorest—risk being lost indefinitely if adoption of the TFA is deferred or delayed,” he added.

ICC has pledged unfaltering commitment to a strong, rules-based multilateral trading system embodied by the WTO and is dedicated to ensuring that global business plays an active and constructive role in working with WTO members to help strengthen WTO rules and adapt them to the needs of 21st century trading.

This entry was posted in Growth, Jobs and Open Markets, Latest from USCIB and tagged Customs and Trade Facilitation, Trade and Investment.
Posted on September 18, 2014