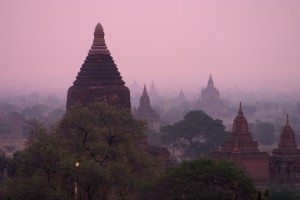 Over the past several years the Obama administration has engaged the government of Myanmar to advance a range of political reforms aimed at strengthening the country’s rule of law and economy. Steps taken by the United States to normalize relations with Myanmar, including lifting an import ban, have brought tangible benefits to the people of Myanmar as well as to American companies, who have made positive contributions to Myanmar society through their high standards of corporate social responsibility.

On February 18, USCIB joined four other business groups urging U.S. cabinet officials not to renew sanctions against Myanmar in light of the country’s recent democratic reforms. Myanmar held elections last year that neutral observers noted were free and fair. Given this progress, the U.S. business community believes expanded economic relations with Myanmar are appropriate. Remaining sanctions should be eliminated, the business groups argued, because they create uncertainty for investors.

“The remaining U.S. sanctions are a significant reason why U.S. investment in Myanmar remains modest and Myanmar entrepreneurs cannot truly take advantage of their putative access to the American market,” USCIB and the other groups said in a statement. “By contrast, virtually all other countries that had previously maintained sanctions against Myanmar have removed them entirely, placing U.S. companies who wish to invest in Myanmar or otherwise support engagement at a unique disadvantage.”

The statement concludes that not renewing sanctions against Myanmar would signal the beginning of a new relationship with a country that has made substantial progress toward improved governance and the rule of law.

This entry was posted in Business In Society, News Stories and tagged Corporate Responsibility and Labor Affairs.
Posted on February 26, 2016