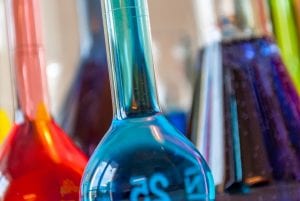 The third meeting of the Intersessional Process for Considering the Strategic Approach to International Chemicals Management (SAICM) and the Sound Management of Chemicals and Waste Beyond 2020 (IP3) was convened in Bangkok, Thailand, September 30 – October 4. Approximately 350 representatives of governments, industry, non-governmental organizations and intergovernmental organizations attended the proceedings. USCIB was a member of the private sector delegation representing the views of downstream users of chemicals, and included Mike Michener, USCIB vice president for product policy and innovation.

SAICM was adopted in 2006 as a policy framework to promote chemical safety around the world. SAICM contains an ambitious goal to achieve the sound management of chemicals throughout their life cycle so that by the year 2020 chemicals are produced and used in ways that minimize significant adverse impacts on the environment and human health. As 2020 rapidly approaches governments, industry and other stakeholders have been examining progress towards that goal and discussing SAICM’s future beyond 2020, when its current mandate expires. USCIB members have been longstanding participants in SAICM discussions through the USCIB International Product Policy Working Group.

Participants continued their discussions on possible elements for a post-2020 platform for international cooperation on the sound management of chemicals and waste for consideration by the fifth meeting of SAICM’s governing body, the International Conference on Chemicals Management (ICCM 5) when it convenes in Bonn, Germany, in October 2020. According to Michener, the goal for IP3 was to develop, as far as possible, input for a “zero draft” for deliberation at the fourth and last IP meeting scheduled in Bucharest, Romania in March 2020.

Participants were organized into four “thematic groups” designed to develop recommendations for ICCM5 in the following areas:  targets, milestones and indicators; enhanced institutional arrangements; mechanisms to support implementation (including the science-policy interface and issues of concern); and financial considerations. At closing plenary, delegates heard reports from the thematic groups and from the various organizations that hosted the week’s sectoral meetings on health, agriculture, labor and environment.

“I am pleased to report that we are finally making some progress towards a zero draft agreement for SAICM Beyond 2020,” noted Michener. “While IP4 in Bucharest faces a very full agenda, I am optimistic. We may still have a lot of bracketed text to deal with, but there were many valuable conversations at IP3 that began to find common ground.”

ICCM5 President Gertrud Sahler hailed the intensive and fruitful deliberations as setting a firm foundation for work at IP4 and a large step toward a successful ICCM5. IP Co-Chair David Morin of Canada outlined the process for generating a “zero draft” for deliberations at IP4. Germany announced that it would host a special workshop before IP4 to discuss a possible enabling framework for the beyond-2020 platform, and Norway offered to help fund broad stakeholder participation in the workshop.