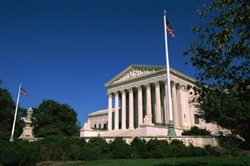 On February 28, the Supreme Court heard oral arguments in Kiobel v. Royal Dutch Petroleum, a landmark case and the culmination of a long line of litigation under a 200 year-old U.S. statute, with potentially major consequences for U.S. multinationals doing business abroad.

The statute in question is the Alien Tort Statute of 1789 (ATS), which was enacted in the early days after the adoption of the Constitution so as to offer non-U.S. citizens the opportunity to be heard in federal court for claims involving very specific crimes against the “Laws of Nations,” as international law was then known. At the time, it was understood that these crimes would concern either acts of piracy or violations of the rights of diplomats and government officials on state business.

This previously dormant statute has taken on new life in recent years as an umbrella vehicle for securing redress across borders and crimes. In light of this, USCIB has actively filed amicus briefs over the years to limit its reach and scope as was intended by its drafters. Accordingly, USCIB filed a brief in the Supreme Court in Kiobel in support of USCIB member Shell Petroleum, Inc., the respondents in this litigation.

In Kiobel, Nigerian nationals who were subjected to human rights violations by the Nigerian government sued Shell Petroleum and others in U.S. court, arguing that these companies “aided and abetted” the human rights abuses committed by the Nigerian government pursuant to the ATS. The Second Circuit ruled that corporations cannot be held liable under the ATS as could individuals, and that there was no precedent for such corporate liability in international law. The issue of corporate liability was appealed to the Supreme Court.

The last time the Court decided an ATS case was in 2004 in Sosa v. Alvarez-Machain, but that case did not squarely address the issue of corporate liability, leaving many unanswered questions and a trail of litigation in its wake. Specifically, the Supreme Court concluded in Sosa that the scope of the ATS should be limited, but then went on to note that federal courts “may recognize” private tort claims for violations of international law. This allowance for judicial discretion in this area of the law “opened the door” to a flood of litigation in recent years, and USCIB has filed in many of these cases along with similarly interested trade associations and affiliates.

The USCIB brief in Kiobel attempts to gain clarity for our members doing business in foreign markets and often unstable political situations. While those who commit human rights violations around the globe should be held accountable for their actions, USCIB’s brief argues, as does Shell, that there is no precedent in international law for holding corporate entities liable as an individual wrongdoer. Furthermore, the USCIB brief elaborates on the “aiding and abetting” aspect of the ATS, agreeing with Justice Leval in the Second Circuit that the standard should be “purpose” rather than “knowledge.” There is, sadly, much unrest in the world and American companies and courts should not be looked to as a solution for redress for the crimes of others simply because they happen to be “in the wrong place at the wrong time.” USCIB does not seek to encourage “forum shopping.” As Justice Stephen Breyer noted during oral arguments, “There is no U.S. Supreme Court of the world.”

It is difficult to anticipate the outcome of the case, as the oral arguments were sprinkled with earnest questions and concerns and commentary from both sides of the issue and from most all of the Justices. Regardless, it is USCIB’s hope that this decision will afford companies that do business abroad in the most tenuous of environments some certainty as to where they might have to confront court actions and by whom, thereby informing future business decisions.

Note: The Justices were expected to issue their ruling before the conclusion of the Court’s current session in June. But in an unusual move, on March 5 they put the case over to the next term, and invited lawyers for both sides to present additional arguments related to whether the ATS permits suits for violations of international law occurring outside the United States. USCIB is considering filing a new amicus brief and will relay additional information to members shortly.

This entry was posted in Business In Society and tagged Corporate Responsibility and Labor Affairs.
Modified on May 8, 2017
Posted on March 5, 2012