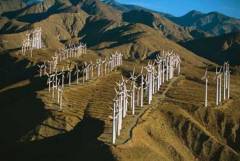 Paris and New York, December 3, 2009 – The vast majority of business experts polled in a worldwide survey believe the transition to a low-carbon economy will bring about new opportunities for many businesses in their country, and think clear and transparent guidelines would help companies innovate and invest in technologies designed to meet the challenges of climate change.

The poll, conducted among more than a thousand economists and other experts in 86 countries in October, was part of the quarterly World Economic Survey conducted by the International Chamber of Commerce (ICC) and Germany’s Ifo Institute for Economic Research.

The Paris-based ICC is the largest, most representative private sector association in the world, with hundreds of thousands of member companies in over 130 countries.  The United States Council for International Business (USCIB), based in New York, serves as ICC’s American national committee.

Asked whether the transition to a low carbon economy will bring new opportunities to businesses in addition to cost reductions, 78 percent of respondents in Western Europe either agreed strongly or agreed with the statement. The figures for the other regions were as follows: Asia (71%), South Africa (69%), Near East (68%), Central and Eastern Europe (66%), Commonwealth of Independent States (64%), North America, which comprises Canada and the United States (63%), and Central and Latin America (62%). Sixty percent agreed or strongly agreed in Oceania.

“Although the spread of non-polluting products and services will bring new economic opportunities all over the world, there are still significant obstacles to innovation because of lack of legislative and regulatory guidelines,” the report said.

A second question asked the economic experts whether they believe that transparent guidelines would help businesses in their country innovate and invest in environmentally-friendly technologies to meet the challenges of climate change. The response was overwhelmingly positive in all regions of the world.

“The response to this ICC special question explicitly demonstrated that economists worldwide agree that it is highly important to coordinate economic measures and policies to meet the challenges of climate change,” the report concluded.

ICC will lead business input at the UN climate change conference in Copenhagen later this month as the official business and industry focal point, and will present a wide range of business solutions through other activities in the Copenhagen city centre. ICC is co-organizing the Copenhagen Business Day on December 11 with the World Business Council for Sustainable Development and the Confederation of Danish Industry to demonstrate firsthand how global business is leading action on climate change.

USCIB promotes international engagement and prudent regulation in support of open markets, competitiveness and innovation, sustainable development and corporate responsibility.  Its members include top U.S.-based global companies and professional services firms from every sector of the economy, and with operations in every region of the world.  With a unique global network encompassing leading international business organizations, including ICC, USCIB provides business views to policy makers and regulatory authorities worldwide, and works to facilitate international trade and investment.  More information is available at www.uscib.org

Full copy of the report

This entry was posted in Press Release. Bookmark the permalink.
Posted on December 3, 2009