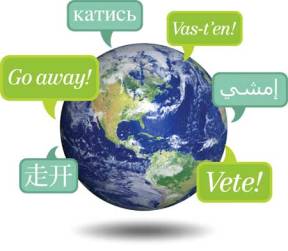 Gérard Worms, Harold McGraw III and Victor Fung are respectively chairman, vice chairman and honorary chairman of the International Chamber of Commerce, the world business organization for which USCIB serves as the American affiliate. James Bacchus chaired the drafting group that revised the ICC Guidelines for International Investment.

It is time for a much-needed reminder of the tremendous potential that investment liberalization can unleash on the ailing global economy, and for the G20 to create a more stable and predictable climate for cross-border investment.

Although international investment is rising again after plummeting from the record levels registered just before the global financial crisis began, global foreign direct investment (FDI) remains 15 percent below pre-crisis levels. Rising, too, are restrictions on FDI through various forms of investment protectionism that are clouding the future for global economic growth.

To help counter this rising threat of investment protectionism, the International Chamber of Commerce (ICC) has released revised guidelines to help increase cross-border investment flows and thus stimulate economic growth and prosperity across the globe. Like the recent EU-U.S. statement endorsing investment’s key role in the global economy, we hope that G20 leaders recognize FDI’s role in promoting growth and standing strong against the temptations of protectionism.

Boosting FDI in today’s global economy is a pressing concern to developed and developing countries alike. The new world of international investment no longer holds to the weary “North-South” stereotype. More than half of all inbound FDI today – 52 percent – goes to developing and transitional economies. Outbound FDI from developing and transitional economies is also increasing rapidly – $388 billion in 2010, up 21 percent from 2009.

Yet the business confidence needed to boost investment flows worldwide is constrained by significant uncertainties ranging from excessive sovereign debt and macro-economic imbalances to the increasing influence of state-owned enterprises and sovereign wealth funds, as well as the growing trend of “re-regulating” international investment.

In 2000, only two percent of all government investment measures taken worldwide imposed new restrictions on international investment. In 2010, that proportion had risen to nearly one-third – 32 percent. UNCTAD has warned that this “maintains the long-term trend of investment policy becoming increasingly restrictive rather than liberalizing.”

Other stereotypes of the past no longer apply either. Most of the new measures limiting international investment are being used not by developing countries but by developed ones. This is particularly the case in the financial and natural resources sectors, and reveals a disturbing and shortsighted trend away from free markets towards increasing discrimination in favor of “national champions” and local companies in “strategic industries.”

The new ICC guidelines, which draw on the collective experience and specific suggestions of businesses throughout the world, reaffirm business’s belief in what the G20 has described in its action plan for jobs and growth as the role of investment “to unlock new sources of growth.” The guidelines reiterate the basic obligations of investors, investing countries, and host countries with respect to such traditional concerns as fair and equitable treatment of investment and protection against expropriation without just compensation.

But the guidelines also go far beyond the previous version to address several “new” investment issues that have emerged since 1972, during four decades of expanding globalization.

They emphasize the global need for the free flow of capital to spur investment and of services to support investment, as well as the need for transparency and due process in the governance of investment. They also state that host countries should respect international rules related to foreign investment such as local content, equity caps, technology transfer, domestic sales limitations, and the mandatory use of indigenous technology.

ICC has taken into account that governments are increasingly deploying FDI through state-owned enterprises and sovereign wealth funds. The new guidelines address the role of the state by setting out, for the first time, the principle of fostering competitive neutrality in cross-border investment. They also underscore the need to establish an effective means of upholding the rule of law relating to international investment, including through investor-state dispute settlement.

Resisting investment protectionism is essential to promoting economic growth. The G20 should establish appropriate rules, drawing on guidelines from international business, so that the global economy creates more opportunity, prosperity and hope for workers and entrepreneurs alike.

This essay appeared in the Summer 2012 issue of International Business, USCIB’s quarterly journal. It is part of our regular series of thought-leadership columns. To submit a column or suggest a topic, please contact Jonathan Huneke (jhuneke@uscib.org).

This entry was posted in Big Idea, Communication Department, ICC. Bookmark the permalink.
Modified on January 28, 2015
Posted on July 17, 2012