Latest statements and information from USCIB and our global business network 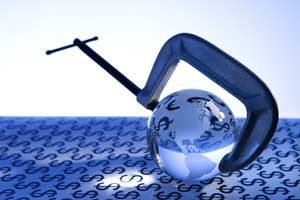 Amid ongoing financial shocks and market turmoil, USCIB and its global business network continue to actively promote efforts to provide sensible regulatory oversight and get world economic growth back on track.

Our unique affiliations with leading worldwide business groups – including the International Chamber of Commerce, the International Organization of Employers, and the Business and Industry Advisory Committee to the OECD – provide an invaluable channel through which to influence the course of global policies and regulations affecting business and the economy.

Here are links to the latest statements and actions from USCIB and our global network.

– “The G-20 and the Danger of Protectionism” (letter in The New York Times by USCIB President and CEO Peter Robinson, April 1, 2009)

– USCIB letter to President Obama on priorities for tackling the economic crisis (January 21, 2009)

– ICC experts discuss the financial crisis and its implications (December 19, 2008)

– Doha Round agreement all the more vital in global economic crisis (December 17, 2008)

Business and Industry Advisory Committee to the OECD:

– The financial crisis and the role of the OECD (BIAC newsletter, December 2008)

– IOE president: Global employers are up to the challenge of the economic crisis (IOE newsletter, January 2009)

– The impacts of global crises on labor markets must be addressed (October 20, 2008)

This entry was posted in BIAC, Communication Department, ICC, IOE, Latest from USCIB. Bookmark the permalink.
Modified on February 3, 2015
Posted on April 2, 2009