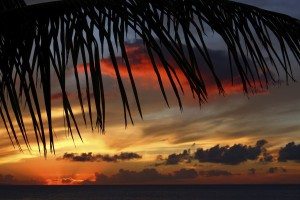 Negotiators from the 12 Trans-Pacific Partnership (TPP) parties, meeting in Maui last week, failed to hammer out the final text of a TPP agreement, although they did say they made substantial progress on a number of important issues.

According to reports, negotiators could not bridge final differences over several longstanding disagreements, including Canadian dairy market access, Japanese barriers to rice and other agricultural imports, automotive supply chain issues, and U.S. demands for strong intellectual property protections, including for a new generation of pharmaceuticals. Japanese Economy Minister Akira Amari said that trade ministers would seek to meet again before the end of August, and that only one more meeting would be necessary to finalize a TPP deal.

The U.S. Coalition for TPP, which groups a large number of leading companies and industry associations, including USCIB, issued a statement that read in part: “The TPP represents an important step toward greater cooperation and economic engagement among the 12 partners of the TPP in the Asia-Pacific region, and the United States must continue to pursue the closure of negotiations. We applaud U.S. Trade Representative Michael Froman and his team for their work on the TPP and we are hopeful that the progress made during this round has built the necessary momentum for the swift closure of negotiations.”

Throughout the TPP negotiations, USCIB and the coalition have emphasized that it is more important to get the most ambitious, highest-quality TPP agreement than to meet any artificial deadlines.