Originally published in the Wall Street Journal on September 20

Many details of TTIP still need to be negotiated. But what’s missing is a sign of seriousness from the EU. 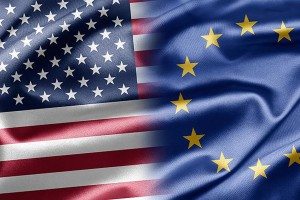 Readers following the progress of negotiations over the Transatlantic Trade and Investment Partnership would be forgiven for thinking that a deal is now impossible. Between the Brexit vote, antitrade rhetoric on the U.S. presidential campaign trail and stern opposition by assorted European political leaders, TTIP appears to lack the kind of serious support needed to succeed.

The commercial and diplomatic logic behind TTIP remain as compelling as ever. An agreement would further open each side’s market to mutual trade, which currently amounts to more than $1 trillion annually. It would strengthen rules-based investment in what is already the world’s largest relationship for foreign direct investment. And it would improve market access for trade in services while tackling costly nontariff barriers, including regulatory obstacles.

Done right, the effort to roll back the impediments to trade and investment between the U.S. and the European Union could be a huge boost to both economies. Business leaders on both sides of the Atlantic are united in support of an ambitious agreement.

But progress in the 4-year-old talks has come more slowly than the governments or the business communities had hoped. TTIP certainly faces headwinds in the U.S., where the two major candidates in this presidential election have turned their backs on a half century of bipartisan trade policy and American global engagement. Instead, they pander to antitrade, isolationist, protectionist forces.

But the greatest challenge to TTIP right now comes from Europe, in the form of naked antitrade and anti-American prejudices from some European leaders.

Over the past couple of years, the European Parliament has consistently belittled American policies and positions, issuing unhelpful “red-line” declarations, for example, that no single EU policy or regulation could possibly be modified under a TTIP agreement, or that the U.S. would have to adopt wholesale the EU’s regulatory regime.

Particularly disappointing have been a series of high-level political statements in recent weeks from senior Austrian, French and German officials calling for a stop to TTIP negotiations because of American intransigence. These complaints are unfounded. In fact, the U.S. has been quite forthcoming about eliminating tariffs on industrial goods and agriculture, as well as removing barriers to trade in services and in government procurement. The EU has declared far more areas of negotiation to be off limits.

While Cecilia Malmström, the EU’s trade commissioner, has, to her credit, defended TTIP, the overall response from the European political leadership has been disappointing. Many prominent EU leaders have remained silent. And while Germany’s Chancellor Angela Merkel has shown consistency and courage with a strong defense of TTIP, too many other European leaders haven’t matched her commitment or clarity.

Like all real-world negotiations, getting to agreement on TTIP will require tough decisions and compromise. American business groups are joining with other stakeholders in pushing their government to achieve an ambitious,
comprehensive, high-standard TTIP agreement. They have consistently opposed, for instance, the U.S. government’s insistence that the regulation of financial services be excluded from TTIP.

But the real question isn’t what detailed provisions will be included in a TTIP agreement. Rather, it’s whether the EU is serious about the negotiations at all. Will European leaders simply use TTIP to mollify their own critics at home? If the EU is serious about cementing its member economies more closely to each other, then European leaders need to stand up in support of a deal, and they need to do so now. Meanwhile, the European Commission should move quickly to schedule multiple negotiating rounds with the U.S. before the end of the year.

The two sides have agreed to continue talking, with the next round of TTIP negotiations set for early October. Hopefully this will result in actual progress and not additional excuses for delay. Both the U.S. and EU need to show the courage, vision and commitment to the transatlantic relationship and to push forward for the kind of balanced, ambitious, high-standard TTIP that both economies need.

Mr. Robinson is president and CEO of the United States Council for International Business. Mr. Niles, the council’s past president, is a retired U.S. diplomat who served as ambassador to the European Union.

This entry was posted in Growth, Jobs and Open Markets, Media Coverage, Op-Eds and Speeches, Sub Featured Story and tagged Trade and Investment.
Modified on September 22, 2016
Posted on September 21, 2016