Trump nominated Andrew Bremberg to be the next Representative of the U.S. to the UN in Geneva with the rank of Ambassador.

Bremberg currently serves at the White House as special assistant to the President and director of the Domestic Policy Council. 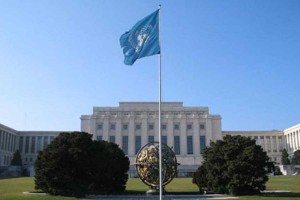 In late September, President Trump nominated Andrew Bremberg to be the next representative of the U.S. to the United Nations and other international organizations in Geneva with the rank of Ambassador.  Bremberg currently serves at the White House as a special assistant to the President and director of the Domestic Policy Council.

Bremberg earlier served as an aide to Senate Majority Leader Mitch McConnell and the Wisconsin Governor Scott Walker.  Like all Ambassadorial nominees, Bremberg must be confirmed by the U.S. Senate before taking up his assignment in Geneva.  He will replace Ambassador Pamela Hamamoto, who departed the post in January 2017.  Since that time, the Deputy U.S. Representative, originally Ted Allegra, was recently replaced by Marc Cassayre as charge d’affaires.

“Getting a new U.S. Ambassador nominated, confirmed and on the job in Geneva will be an important development, said USCIB CEO & President Peter Robinson.  It’s now been nearly two years since there has been an Ambassador in that post. “The U.S. Mission has been very active and effective in the interim and has been a great partner for USCIB and for American business.  But it’s always great to have a new Ambassador there to lead the effort. The fact the President tapped one of his own senior White House Assistants for this job is encouraging as a demonstration of the importance the Administration assigns to this particular post in Geneva. I look forward to getting to know Andrew Bremberg and to doing anything we at USCIB can do to help him and his team succeed in their important efforts.”