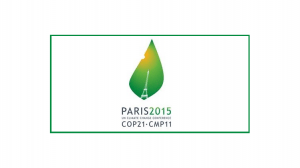 New York, N.Y., October 6, 2016 – The United States Council for International Business (USCIB), which represents American business views to the United Nations and other international bodies, applauded the crossing of a key threshold for entry into force of the landmark Paris Climate Agreement, following its ratification by a critical mass of the world’s greenhouse gas-emitting nations. Looking ahead to the next major UN climate meeting in Marrakesh next month, USCIB called on UN member governments to work with the private sector in implementing the historic pact.

“This is a major accomplishment, and it paves the way for greater cooperative action to effectively address climate change in the years ahead,” said USCIB President and CEO Peter M. Robinson. “To do so will require close collaboration between governments and the private sector, from which so many of the technological innovations and investments to deal with climate change will come. USCIB and our global business partners have contributed mightily to this effort, and we are fully prepared to ramp up business support and engagement once effective systems of private-sector consultation are put in place at the national and international levels.”

Agreed at the COP21 Summit in the French capital last December, the Paris Agreement sets out a global plan for reducing heat-trapping emissions of carbon dioxide and other greenhouse gases from 2020 onward, with long-term targets through the end of the century. It is built on nationally determined pledges by nearly all countries. Yesterday, the European Parliament reached consensus on EU-wide ratification, pushing the needed number of countries and collective emissions past the threshold for entry into force.

Unlike its predecessor, the Kyoto Protocol, the Paris accord engages all countries in climate action under an international cooperative framework on mitigation, adaptation and resilience. It requires periodic reporting and review of governmental actions, based on a foundation of national pledges and actions, while calling on countries to set progressively more ambitious greenhouse gas reduction targets at five-year intervals.

“USCIB members were on hand at COP21 in unprecedented numbers to demonstrate their commitment and stake in the accord, and we are confident that this engagement will continue,” said Robinson. “USCIB is ready to strengthen its involvement with the UN process to build long-term cooperation for practical and cost-effective results.”

In its over 20 years of involvement in the UN Framework Convention on Climate Change (UNFCCC) process, USCIB has emphasized that the linchpin for successful implementation will be private sector involvement at national and global levels, according to Norine Kennedy, USCIB’s vice president for environment and energy.

“Governments will look to business for technical advice, as well as finance, investment and implementation, and we are ready to step up,” Kennedy said. “Important unfinished business remains in elaborating the Paris Agreement and building its support structure, which would be made stronger with business input. In particular, the agreement will need to provide more clarity on how markets and the private sector can contribute.”

About USCIB:
USCIB promotes open markets, competitiveness and innovation, sustainable development and corporate responsibility, supported by international engagement and regulatory coherence. Its members include U.S.-based global companies and professional services firms from every sector of our economy, with operations in every region of the world. With a unique global network encompassing the International Chamber of Commerce, the International Organization of Employers, and Business at the OECD, USCIB provides business views to policy makers and regulatory authorities worldwide, and works to facilitate international trade and investment. More information is available at www.uscib.org.