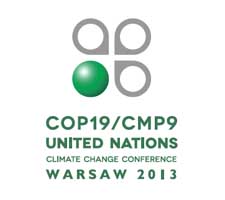 USCIB is gearing up to represent American business at the next United Nations climate conference in Warsaw next month. The clock is ticking, with governments having committed to forging a new comprehensive climate agreement, to take effect in 2020, by the end of 2015.

Expectations are modest for the 19th conference of parties to the UN Framework Convention on Climate Change, to be held November 11-22. Yet according to Norine Kennedy, USCIB’s vice president for strategic international engagement, the recent release of the first installment of the Intergovernmental Panel on Climate Change (IPCC) 5th assessment report, along with political and economic pressures on climate negotiators to make progress, will be  major considerations  in the Warsaw discussions.

USCIB has secured recognition as an accredited business organization to the UN Framework Convention, and for the first time will send a USCIB delegation to the talks, led by Ann Condon (GE) chair of USCIB’s Environment Committee, and USCIB President and CEO Peter Robinson.

Top USCIB priorities for the negotiations include energy security, access to energy and protection of intellectual property rights, Kennedy said. “We will work closely with the International Chamber of Commerce and the Major Economies Business Forum [known as BizMEF] to make the case for a comprehensive agreement, one that strengthens enabling frameworks for business investment and innovation across all sectors.”

Kennedy said BizMEF will organize a business dialogue in Warsaw to lay out a roadmap for substantive and recognized business input, following the successful event on this topic in Doha last year.

Earlier this month, private-sector representatives took part in ministerial talks in Warsaw organized by Poland’s environment ministry. It was the first time since the original Rio Earth Summit in 1992 that business groups were invited to play such an active role in shaping a global climate agreement. The Polish business organization, Lewiatan, USCIB and other member business organizations of BizMEF (including BusinessEurope, Business New Zealand, Keidanren and the Brazilian Confederation of Business) were on hand. USCIB member companies also took part, including GE, Boeing and Intel.

Speaking at the ministerial-business consultation, Kennedy stated that the UN Framework Convention should continue this process, since “an effective and recognized dialogue between business and government at both national and international arenas will be critical to the successful design and roll-out of the new international agreement.” The Polish government expressed its intention to encourage the continuation of such business-government consultations over this next phase of negotiations.

Separately, on September 19 in Washington, D.C., USCIB partnered with the Business Council for Sustainable Energy to convene a U.S. business consultation on the new UN Climate Technology Center and Network (CTCN).

The dialogue, hosted by the UN Foundation, brought together American business executives with U.S. and Canadian government officials and representatives of the UN Environment Program. Participants addressed:

USCIB will work with the Business Council for Sustainable Energy and the International Chamber of Commerce to identify areas where the business community can inform the work of the CTCN as it gets up and running.

This entry was posted in Business In Society, Sustainable Development and tagged Environment.
Posted on October 15, 2013