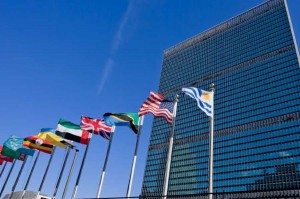 After months of informal discussion, UN Member States have voted to launch a negotiation toward the development of a “Global Pact for Environment.” An initiative of French President Emanuel Macron, the Pact is to be a binding, universal “umbrella text” providing a common global legal basis for:

The United States voted against the resolution to launch the negotiations, while 143 countries voted in favor.  A copy of the resolution is available here.

U.S. Ambassador to the UN in New York Nikki Haley commented on the new General Assembly resolution stating, “When international bodies attempt to force America into vague environmental commitments, it’s a sure sign that American citizens and businesses will get stuck paying a large bill without getting large benefits. The proposed global compact is not in our interests, and we oppose it.”

As a basis for the deliberations, the UN will develop a report “that identifies and assesses possible gaps in international environmental law and environment-related instruments with a view to strengthening their implementation,” to be delivered to the UN General Assembly in New York. It is widely expected this report will be prepared by UN Environment.

“An ad hoc open-ended working group, under the auspices of the General Assembly, (will) consider the report and discuss possible options to address possible gaps in international environmental law and environment-related instruments, as appropriate, and, if deemed necessary, the scope, parameters and feasibility of an international instrument, with a view to making recommendations to the General Assembly, during the first semester of 2019, which may include the convening of an intergovernmental conference, to adopt an international instrument.”

Non-governmental organizations, including those representing business, will be allowed to observe the negotiations.  A first “organizational” meeting will take place in New York in late July; following that, deliberations will begin in Nairobi, Kenya at UN Environment headquarters based on a review of the report.

“USCIB will closely follow the negotiations, and work with the Administration, other governments and the International Chamber of Commerce to understand the specifics of what is to be proposed,” said Norine Kennedy, who leads USCIB’s work on strategic international engagement, environment, and energy. “USCIB will continue to gather intelligence, as questions remain on the legal form of the ‘Pact,’ and how it would relate to other existing agreements, such as UN Climate and chemicals conventions,  and the Sustainable Development Goals.”