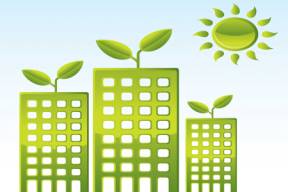 On December 4, the United Nations secretary general submitted an advance version of the synthesis report to the UN general assembly outlining his views on the UN’s Post-2015 Development Agenda outcomes.

Titled “The Road to Dignity by 2030: Ending Poverty, Transforming All Lives and Protecting the Planet,” the report will inform member states’ negotiations of the Post-2015 Development Agenda, including the Sustainable Development Goals (SDGs) to be agreed upon in September 2015. The UN SDGs, which lie at the core of the UN’s ambitious Post-2015 Development Agenda, aim to address sustainable development through international commitments by governments and other sectors, finance and partnerships.

The secretary general envisions a strong role for business in his report, noting that “[a]n enabled properly regulated, responsible and profitable private sector is critical for employment, living wages, growth, and revenues for public programs.” The report adds: “Transforming business models for creating shared value is vital for growing inclusive and sustainable economies.”

An Open Working Group process in 2014 consisting of inputs from a wide variety of stakeholders and member states led to 17 draft SDGs. In his report, the secretary general has sought to inspire action and make these draft SDGs more easily absorbed by member states and other stakeholders by proposing a six pillar framework around – People, Dignity, Prosperity, Planet, Justice and Partnership. Promoting “decent work” is embedded as a core element in promoting prosperity “to grow a strong, inclusive and transformative economy.”

The private sector’s contribution is acknowledged in several paragraphs: “We know that forward-looking companies are taking the lead by transforming their business models for sustainable development, and that we have only scratched the surface of the potential for ethics-driven investment by the private sector.”

Key points of interest to business from the synthesis report:

This entry was posted in Latest from USCIB, Sustainable Development and tagged Environment.
Modified on January 13, 2015
Posted on December 9, 2014