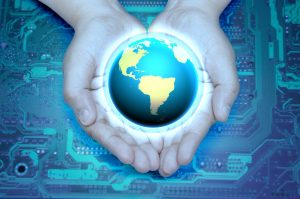 More than 1,000 participants from government, business, civil society, and international organizations convened for the fourth edition of this conference under the theme “Development Dimensions for Digital Platforms.”  Wanner was on the ground for the first half of the week and observed enthusiasm for the potential of digital platforms to create commercial and economic benefits, but also a clear-eyed recognition of challenges to their effective use caused by an array of issues such as lack of sufficient access to ICT infrastructure and services, legal uncertainties, and the absence of e-payment solutions, among other problems.

Concurrently, the Group of 71 nations who agreed to pursue future WTO work on e-commerce at the WTO Ministerial Conference (MC-11) in December 2017, held a second set of discussions on April 18. Although the United States, Japan, Brazil, Singapore and others have introduced proposals setting forth work topics, the April 18 meeting was the first opportunity of the Group of 71 to discuss the substance of these proposals.

“They did not publicly reveal any specifics during the UNCTAD conference,” reported Wanner. “They also were unwilling to engage as a group with the business community about priorities for the future WTO’s e-commerce work.”

Consequently, the International Chamber of Commerce Digital Economy Commission (ICC-DEC) will organize an engagement session with key members of the Group of 71 just prior to their anticipated mid-May round of negotiations.

This entry was posted in Uncategorized and tagged Information Communications and Technology.
Posted on April 24, 2018